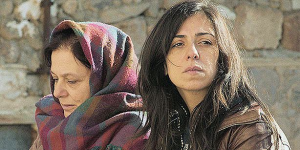 FIPRESCI Prize at the Warsaw Film Festival of 2015, Motivation: “The International Critics Prize goes to a rich and thought provoking film that in a simple but effective way depicts the intense conflict of a woman struggling to find her current position between tradition and modernity.”
FIPRESCI Prize at the International Istanbul Film Festival 2016 (Turkish Competition).