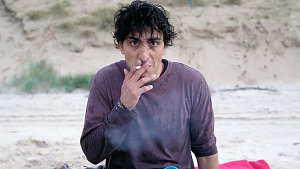 FIPRESCI Prize in Rotterdam 2016, motivation: “Bodkin Ras, by writer-director Kaweh Modiri, throws an actor – portraying a mysterious foreigner – into the real environment of a small Scottish town. This fascinating hybrid of documentary and fiction is filled with unforgettable characters, a strong sense of place, and an urgency that turns the experiment into a thrilling and humanistic film.”

FIPRESCI Prize in Vienna 2016, motivation: “When a stranger comes to a small Scottish town, the local working class people prove to be as estranged from life as the mysterious stranger himself. Everybody is trying to run away from their past, but the reality is somewhat different. “Bodkin Ras” manages to successfully unite different perspectives of being an outsider in today’s society. Director and author Kaweh Modiri surprises – not only formally but also in its narration – with his impressive ability to draw a thin line between fiction and documentary.”