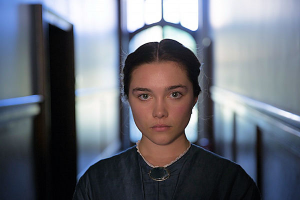 Best Film in the International Competition, Thessaloniki 2016. Motivation: “Lady Macbeth impressed the jury with its skillful and engaging storytelling, its outstanding acting, its precise cinematic language, and its exquisite compositions. Partly thriller and partly period drama, it portrays a society with huge divisions between both the sexes and the social classes, in a way that makes the story relevant also for our so-called modern times.”