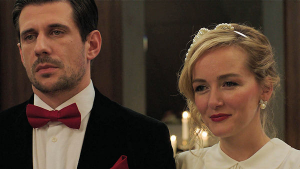 Motivation, FIPRESCI Prize at the Tallinn Black Nights Film Festival 2017: “From short films to her first feature film, we find that the director has now composed a fully-fledged relationship drama about our longing for love whatever the sexual orientation may be. With her own personal signature and with incisive vision, the director demonstrates how we can unmindfully buy into the illusion of happiness, which is based on dishonesty to oneself and those closest to you. Vigorously and authentically set in a Kosovar and Albanian cinema tradition, the film seems like a manifestation for love between human beings, without the parade.”