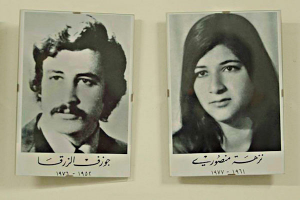 A Feeling Greater Than Love

Motivation: “This is a film which combines dense observation and sensitivity, multiple perspectives, several different sources of footage, plural personal histories and fates to a collective history of a country and a generation. Full of melancholia, it is yet full of hope, the longing for a better future. Documentary cinema at its best, this is exiciting, thrilling, encouraging. Mary Jirmanus Saba has managed to deliver a very brave and mature debut film, which tells its audience a lot about the unknown history of the middle-east. A search without the one answer, but with many hints and productive questions – a film which lives on for a long while after the screening is over. The feeling which lives with it is indeed greater than love. It is a feeling for others, for a society, for mankind. We call that politics.”