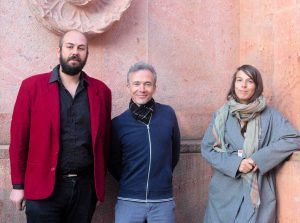 The jury motivated its choice:
“For questioning the means of production in the context of hard physical labour and the perception of freedom and dignity in a globalized world. For giving her protagonists autonomous voices. For finding a microcosm where words of the past echo into the future.”