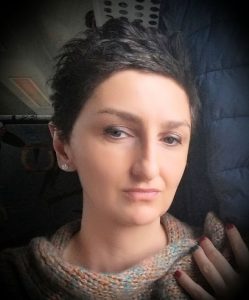 Associate Professor of the Polish National Film School in Lodz. She specializes in the history of Polish film and women’s cinema. Her publications include four books dedicated to women film directors and numerous reviews and essays on cinema. She was rewarded by the Polish Film Institute for her writings and was nominated twice by Kino magazine. She collaborates with the Political Critique and acts for gender balance in film industry as a member of EWA (European Women’s Audiovisual Network).