Absence and Loss in The Night of Magical Thinking

“People who have recently lost someone have a certain look, recognizable maybe only to those who have seen that look on their faces. I have noticed it on my face, and I notice it now on others. The look is one of extreme vulnerability, nakedness, openness.” 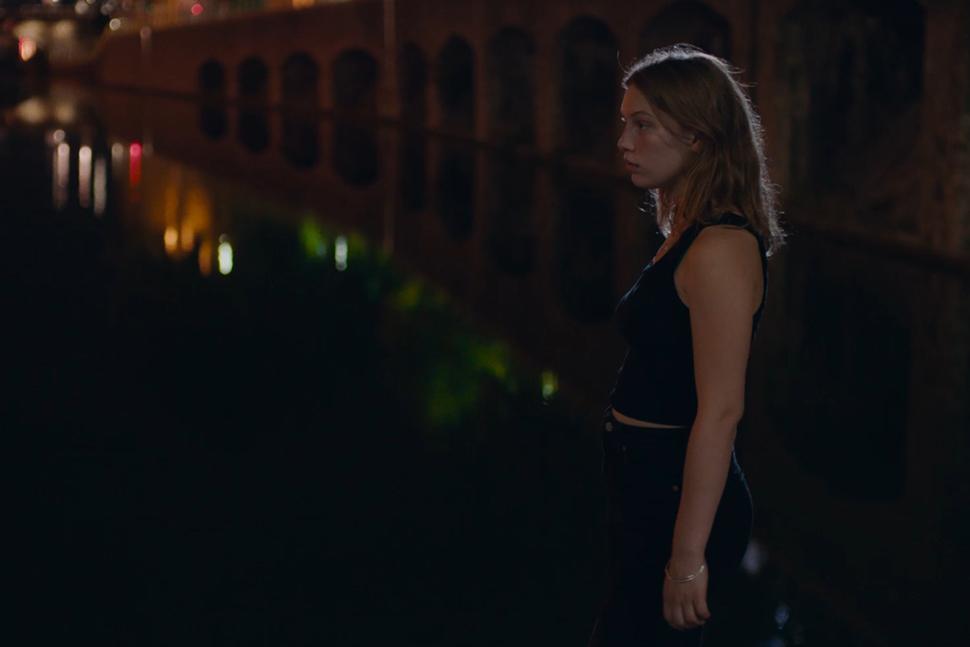 By quoting Joan Didion’s The Year of Magical Thinking, My Night’s director Antoinette Boulat, the casting director with 121 film titles under her belt including the all-star compilation The French Dispatch (2021), embarks upon a night of magical thinking in her debut feature, exploring a myriad of emotions and veiled expressions of grief.

The 18-year-old Marion does not want to stay at home on her older sister’s birthday, who died five years ago. Her equally grieving mother organizes a birthday event for the absent birthday girl and expects Marion’s attendance, contrary to Marion’s yenning. After slamming the door in her mother’s face, Marion drifts away in the way of Parisian flâneuse. She meets old friends and new acquaintances, dances at a techno party, all while subject to the omnipresent male gaze; a casting director approaches her for a film shooting, and newly made acquaintances and drunk passers-by make sexual advances on her. When she encounters Alex, who offers to let her ride his motorbike, a new chapter of the Night begins.

Alex, played by Tom Mercier, is a gentle soul who stores sounds of nature on his phone. This film is Mercier’s second feature after the critically acclaimed Synonyms (2019). His screen presence is unique and non-replicable: boyish and firm, fragile and passionate, gentle and unyielding. He slides down like a ballerina but is also paradoxically enchantingly maladroit. Meanwhile, Lou Lampros’ tour de force performance casts a spell on the audience. It carries the weight of the entire film, spanning a range of emotions from sadness, pensiveness, anxiety, confusion, anger, and fear to tenderness and calmness. The character Marion is a seer; trapped in a bubble of grief of her own, she sees through a photographic lens without getting involved in the world outside. The cinematographer Laetitia de Montalembert and her camera linger on Lampros’ face, allowing Lampros’ eyes to tell a million stories on their own.

The pairing between Tom Mercier and Lou Lampros feels like time travelling back to the golden age of the French New Wave, which is long bygone, as well as contemporary Céline and Jesse from Richard Linklater’s “Before” trilogy. There is sexual chemistry between the two, no doubt, but also much more than that. What makes My Night more touching and profound than an ordinary romantic drama is the nuanced steps of doubt and feel-out before trust is built and true connection is formed. Whereas grief is all about losing the earthly and visceral connection to someone dear, Marion’s Night is a tentative and careful attempt to start a connection with someone new.

Accompanied by Nicolas Errèra’s minimalistic, melancholy and fairytale-like soundtrack, Boulat’s Paris has a lot of serene beauty along the banks and around St Martin’s canal. Yet it is not a whitewashed city. Boulat allows Paris to be buzzy, messy, colourfully diverse, and at times menacing. The snippets of youth with flair, admittedly romanticized, lays bare extreme desire for originality and unfettered freedom in an authentic manner unique to that life stage.

My Night is deep in thoughts and strong in feelings. It portrays the intangible experience of grief coming in waves, which can hardly be expressed in words or shared among even the closest ones. Refraining from discoursing at a great length, My Night is a very intellectual film without intellectualizing it. When Marion skates home on roller skates at the break of day, and Parisian streets have yet to wake up, she tries to catch a piece of cloud in the sky by extending her arm. This attempt at a celestial connection is a poetic metaphor about life and death, the visible presence and the invisible existence.