There were two documentary films in particular which stood out for Nino Kovačić in the Official Competition and both were connected by their subject concerning victims of the war in Croatia during the 1990’s. These are films that deal with the past as a lesson and a plea for a better future.

The Official Competition of the Motovun Film Festival 2018 featured two documentary titles which qualitatively stood out among the prevalent fiction films selection. Also, it was their common topic, of two specific victims of war in Croatia during the 1990’s and the consequences of their deaths on people who research them in the film and the society in general, that puts them even closer together. Both Chris the Swiss and Srbenka deal with emblematic murder cases which spark controversy in the contemporary Croatian media spectrum as they puncture holes of complexity into the simplistic general political narrative of the Croatian War of Independence (or Homeland War, as it is officially called); a narrative that spells it’s story as a genre structure of old-school westerns, saying: we are the victims, we are the good guys, no truth beyond that is needed. 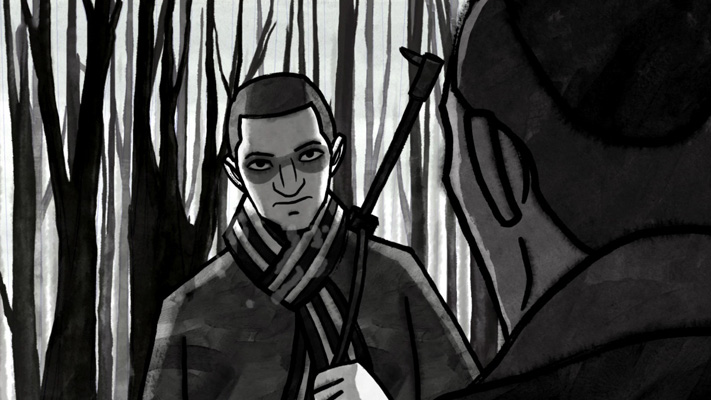 Chris the Swiss is an investigative portrayal of a Swiss journalist Christian Würtenberg, who came to the war frontline in Croatia as a reporter and got involved in an international mercenary unit where he was killed under mysterious circumstances. A feature debut, it is an intimate film for the director Anja Kofmel, who is Christian’s niece and whose motivation is initially rooted and driven by her childhood fascination with her uncle: the memories, the stories and most of all the mysteries surrounding his time in Croatia and death. In a formally complex but narratively very well executed documentary, Kofmel combines her own voice(over) with excerpts from Christian’s notebook diary, alongside with the necessary archive footage from the 1990’s and the records of her personal field search that are accompanied by exceptional animation, which covers the world of her inner-self, the imagined and re-staged parts of the story. Also, an interesting appearance as a specific character is provided by Siniša Juričić, who is the co-producer of the film as well being an eye witness, and also the director’s local guide through Croatia. Most importantly, Kofmel doesn’t fall into apathy, although strong emotions emanate all throughout the film: either when interviewing her family, which still reflects very passionately on his death, or through intense animations that sometimes depict the strong sensations of a child or envision the protagonists’ fears, or even through Christian’s exceptional personality that enhances the feeling of tragedy even more. 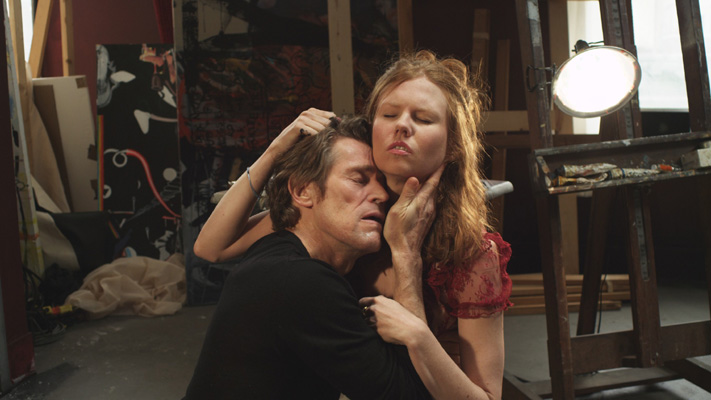 Srbenka deals with a Croatian theatre show that is much more than that. The show ‘Aleksandra Zec’, directed by the acclaimed as well as controversial director Oliver Frljić, is based on a case of an execution of a Serbian family in Zagreb, by a local paramilitary group, which included a killing of a twelve year old girl. The film follows the making of the show and the main protagonists are its directors, the professional actors and young girl, and an amateur actress was involved in the show. As the film gradually moves forward the main ‘character’ is actually more and more identified in the trauma and inner struggles shared throughout the entire artistic group. Each of the people involved has their specific problem with the situation of working on the show that sparks inner-group and outer-society dilemmas and controversy from the beginning onwards. The film’s patient and empathetic pace creates a subtle narrative flow which shows the true directorial strength of Nebojša Slijepčević on presenting the complex emotional issues of one’s own identity, the past traumas caused by the society which creates outcasts, but to which one belongs to and wants to keep on belonging, as well as the choices that are still to be made in the everyday. But most importantly, it shows the individual courage to deal with socially inconvenient and personally very unpleasant, but extremely important questions of nationalistic mindset and individual identity which have great impact on future generations as well.

Initially, the main ‘problem’ of these two films in their local context lies in their inconvenient timing for social acceptance, due to yet another stream of chauvinistic and nationalistic tendencies that have been rising not only in Croatia but the rest of the world in recent years. But that only means that their timing couldn’t be better, as they are films that deal with the past for the sake of a better future. If documentaries appeal more strongly to our conscience, now is the time to watch these two exceptional films, as there is nothing as dramatic and controversial as life itself condensed in a well-crafted film nutshell. No fiction can match it.