Between Hurricanes and COVID in Tromsø

It was strange, but nice to be back to Tromsø International Film Festival or TIFF as the locals, together with the Norwegian film community call the festival. Last year the festival was only virtual and some films were shown at the outdoor snow cinema, due to the COVID lockdown in Norway.

This year, the festival was going back to the cinemas, even if it had to be only 50 people allowed inside. Just three days before the festival started, the national regulations were lifted a bit, allowing up to 200 people in cinemas. Therefore, the festival became some kind of a comeback for the audience and the festival-feeling in the city.

I’ve been to more than 20 of the 32 Tromsø festivals and this year’s programme was pretty good with a nice selection from other festivals, a few Norwegian premieres, and a taste of a few of the more anticipated films opening in cinemas during the next months.

Some of the festival guests got some bumpy flights due to hurricanes in Norway the evening before the opening of the festival and the day after the closing. The COVID  situation resulted in the queues for testing being longer than the cinema queues. 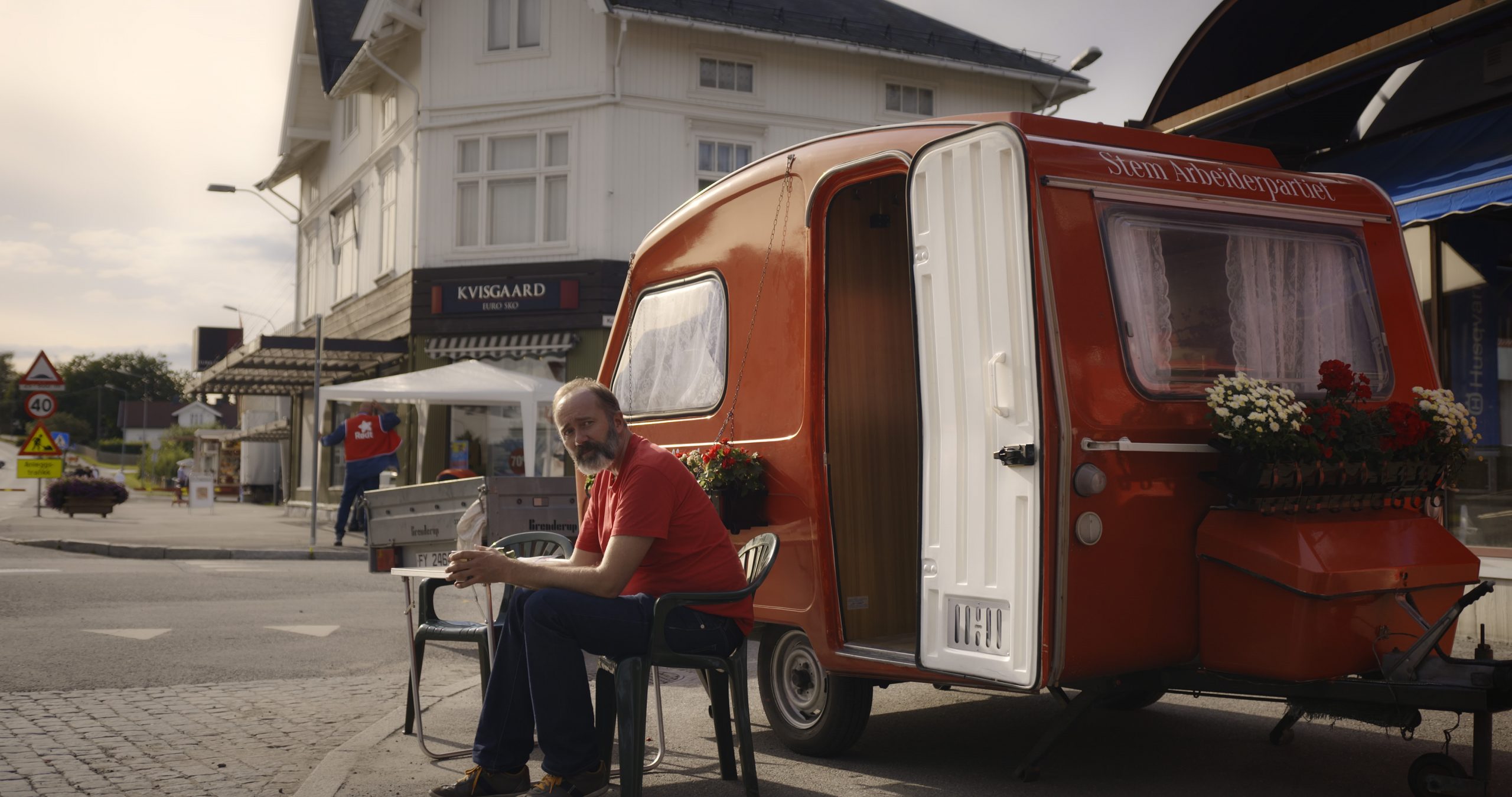 The Norwegian premiere of Håvard Bustnes’ documentary Trond Giske – Makta Rår attracted national attention. The film follows the “crown prince” of the Norwegian Labour Party in a sort of comeback tour after he had to step down from several of his positions because of MeToo scandals. The filmmaker is on the road with the politician, asking questions from the backseat of a car. At the same time, the movie looks at politics and media during the MeToo movement in Norway. The movie starts with an open mind on Trond Giske and his case. The politician is reluctant to open up about the cases, but the camera captures more than what is said, and the filmmaker concludes in a way that makes the movie tougher than it might seem during its ride.

For us in the FIPRESCI jury,  Florian Vollmers (Germany), Iva Privrelová (Czech Republic) and me it was quite easy to agree on giving the price to Mr. Bachmann and His Class (Her Bachmann und seine Klasse, 2021) by Maria Speth. It was the Norwegian premiere at TIFF for the German documentary. The way the film uses time and music to let us know the teacher and his class to tell a story that at first seems problem-oriented, but in the end is uplifting, is a prime example of that sometimes it is best to make a story long.  It is quite rare for an almost four-hour-long film never to outstay its welcome. It says a lot about the confidence shared between the filmmaker and her subjects, but also about the way the movie captures everyday life in a school in Europe and the way a teacher tries to get the best out of the pupils in his class.

Several of the films in this year’s festival had themes around emigrants and immigrants, from Panah Panahis Iranian Hit The Road (Jaddeh Khaki, 2021) to the Georgia/USA-story Brighton 4th  (2021) by Levan Koguashvili. The film that originally was the opening film of the festival, the Norwegian director Erik Poppe’s Swedish film Utvandrarna (The Emigrants, 2021) was withdrawn as opening film and instead got a limited pre-premiere spot. It is more a new film based on Wilhelm Moberg’s novels than a remake of Jan Troell’s 1971-72-films, starring Max von Sydow and Liv Ullmann. Contrary to the FIPRESCI prize winner in Tromsø this year, I will claim that Poppe’s film has too much of a story and not enough time.