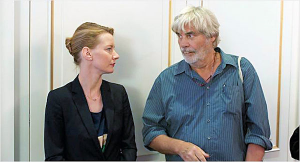 The FIPRESCI Grand Prix 2016, awarded by the International Federation of Film Critics to the best film of the past year, goes to “Toni Erdmann” by Maren Ade. The FIPRESCI Grand Prix exists since 1999, and is the federation’s most representative recognition. In its 18 editions, this is the first time it goes to a film made by a woman. “I feel extremely honoured to be chosen by the people who have seen the most films over the year. And thank you so much for giving “Toni” such a great start in Cannes,” she reacted, referring to the International Critics Prize that the FIPRESCI jury at the 69th Festival de Cannes gave her third film earlier this year. Read the articles about “Toni Erdmann” by Pamela Biénzobas / click here, and by Vecdi Sayar / click here.