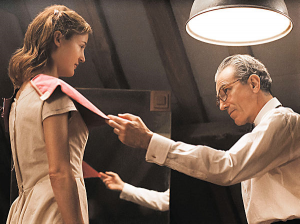 Paul Thomas Anderson has become the first filmmaker to win the FIPRESCI Grand Prix three times, as “Phantom Thread” was chosen best film of the past year by 473 members of the International Federation of Film Critics, after “Magnolia” in 2000 and “There Will Be Blood” in 2008. Manu Yanez reviews “Phantom Thread”.