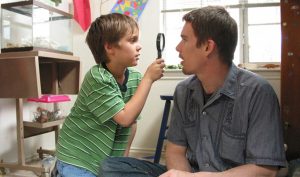 Richard Linklater’s 12­year project Boyhood was chosen the best film of the past year. The poll gathered votes from 553 members throughout the world. This is the first time a film by Richard Linklater receives FIPRESCI’s Grand Prix. Boyhood follows the life of Mason (Ellar Coltrane) from ages 6 to 18, accompanying his personal and family conflicts and everyday questions as he grows up. With a faithful cast and crew, the film was shot over a period of twelve years, thus allowing the characters and also the actors, especially young lead Coltrane, to evolve before the spectator’s gaze during 165 minutes. Mason’s family is interpreted by a deeply touching Patricia Arquette, Ethan Hawke and newcomer Lorelei Linklater as the annoying older sister.