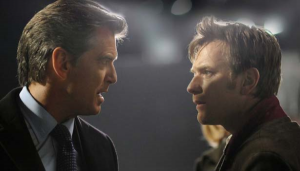 Roman Polanski’s The Ghost Writer is Best Film of the Year, according to the members of the International Federation of Film Critics — FIPRESCI who voted for the Grand Prix 2010. The 296 film critics from throughout the world that took part in the poll expressed their preference among the feature-length films premièred during the previous year (after July 1, 2009), according this distinct sign of critical acclaim to The Ghost Writer. Leading actress Olivia Williams will receive the FIPRESCI Grand Prix 2010 on behalf of the film’s team on Friday, September 17th, at the opening ceremony of the San Sebastian International Film Festival (www.sansebastianfestival.com), which hosts this special prize since its creation in 1999. Previous recipients of the Grand Prix, which distinguishes a film’s overall artistic quality, have been: Pedro Almodóvar (All About My Mother, 1999, and Volver, 2006), Paul Thomas Anderson (Magnolia, 2000 and There Will Be Blood, 2008), Jafar Panahi (The Circle, 2001), Aki Kaurismäki (The Man Without a Past, 2002), Nuri Bilge Ceylan (Uzak, 2003), Jean-Luc Godard (Notre musique, 2004), Kim Ki-Duk (Iron 3, 2005), Cristian Mungiu (4 Months, 3 Weeks and 2 Days, 2007) and Michael Haneke (The White Ribbon).