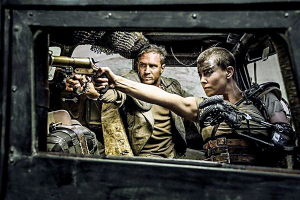 Following its worldwide success and critical acclaim, George Miller receives a new award for his latest film “Mad Max: Fury Road”, at the San Sebastián Film Festival. The Australian filmmaker collects the FIPRESCI Grand Prix 2015, attributed by film critics from all over the world, during the opening ceremony of the 63rd edition of the Spanish festival, on the 18th of September. “You could have knocked me over with a feather! It’s lovely to have this great cohort of critics acknowledge our collective labours in this way,” he replied to the announcement. In an open poll, 493 members of the International Federation of Film Critics, FIPRESCI, had participated in the vote. Adrian Martin and Diego Lerer on “Mad Max: Fury Road”: http://www.fipresci.org/news/grand-prix-2015