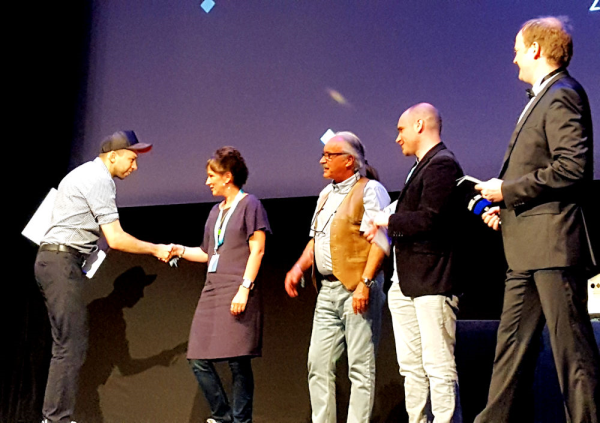 The Critics Jury focused on the series of New German Films. The motivation for “Blind & Ugly”: “Dealing with a sensitive subject, the jury awards its price to a third feature by a promising young author, who co-wrote, co-produced, directed and starred in this film. The jury applauds the balance between drama, comedy and romance, and the great casting.”

The 35th edition of the Munich International Film Festival took place between June 22nd and July 1st in the southern German city, lead by director Diana Iljine.  The main guest was Bryan Cranston of Breaking Bad fame. He came to present his latest film, Wakefield, and received a CineMerit Award for his work in cinema (he was nominated for an Oscar for his role in Trumbo).  The other main guest of the festival was Sofia Coppola. Her new film The Beguiled played and there was a retrospective of her entire body of work as a director, just after winning the Palm for Best Director in Cannes. The festival opened with Claire Denis’ new feature Un beau soleil intérieur (Let The Sunshine In) (starring Juliette Binoche) and ended with Lone Scherfig’s Their Finest. In between those films, the latest work by directors including Michael Haneke, Sangsoo Hong, Andrey Zvyagintsev and Michel Hazanavicius was also shown, next to a special programme for children, a New German Cinema programme and a lot of new international features from upcoming auteurs.  The main jury consisted of Valeska Grisebach, Markus Zimmer and Nastassja Kinski, and four other juries (including the FIPRESCI jury) handed out awards at the end of the festival. (Luuk Imhann)