At CineFest Miskolci Nemzetközi Filmfesztivál, the FIPRESCI Prize has been awarded to two films, one international and one Hungarian film in competition. 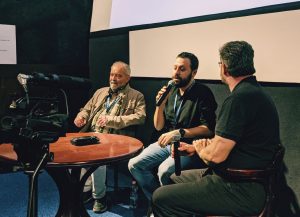 In Miskolc, in the framework of “CineFest – Miskolc International Film Festival” the annual General Assembly of FIPRESCI took place. 25 delegates of the worldwide membership gathered for a professional networking and for discussions about the current state and the future of film criticism.