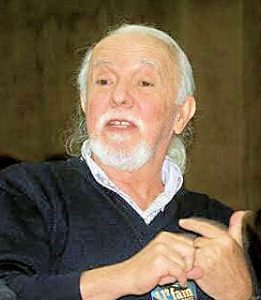 Carlos Brandao, the Brazilian film critique and film historian, passed away, aged 84. “We can’t believe it”, wrote FIPRESCI General Secretary Klaus Eder to Myrna Brandao, his widow. “We do not want to believe it. He is so present, with his soft and modest and adorably knowledgeable engagement for cinema and its history. He loved to travel, but this last travel without return we all would have loved to save him. For FIPRESCI, he was a reliable and enthusiastic partner and friend. We cannot count the years he attended as Brazilian delegate our assemblies in Europe, and it cannot be enough appreciated what he did to keep the history of cinema alive, in principle and among us film critics. We lose a lover and authority of cinema. And we lose a friend.”

Our colleagues of the Rio Film Critics Association write: “Carlos Brandão has been at the forefront for many years at the Center for Researchers of Brazilian Cinema and has been a member of FIPRESCI’s board of directors. He participated in countless festivals around the world and commanded the restoration of classics such as “Aviso aos Navegantes” (1950) and “Tudo Azul” (1952). In his calm and agitating manner, Petrobras’ former engineer, fired by the Military Dictatorship, became a journalist, a film critic, and a great storyteller. Its loss represents a hard thump for research and for the valorization of Brazilian cinema as a permanent source of historical and cultural knowledge. He is an example to be followed as an invaluable companion and tireless warrior of our cinematic memory. He was an Association of Film Critics of Rio de Janeiro (ACCRJ) enthusiast, having served as chairman for two terms. His last text was about “The Glenn Miller Story” (1954) that will be published in our August magazine.” (ACCRJ)