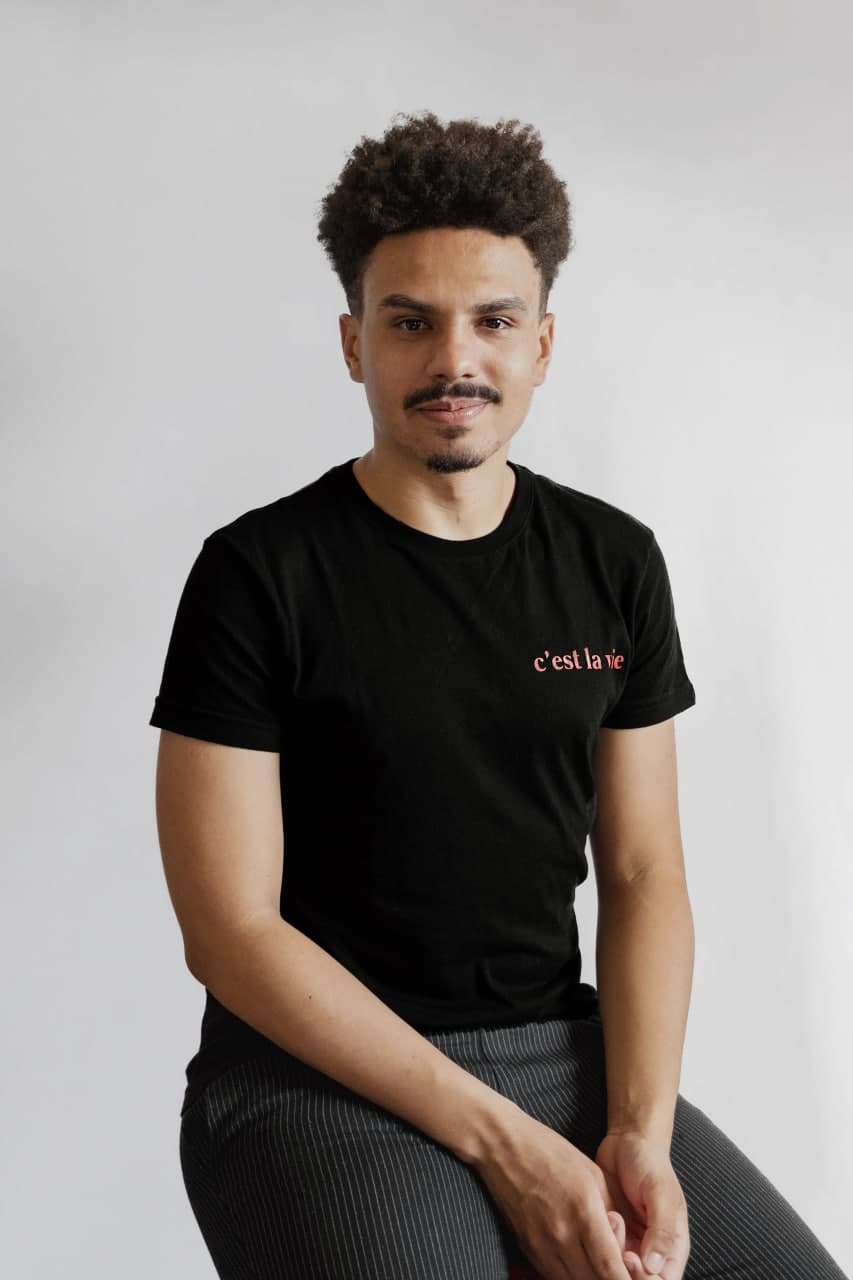 Gabriel Araújo is a journalist, programmer and critic graduated from UFMG. He is co-founder and curator of Cineclube Mocambo, an initiative to exhibit films made by black people from Brazil, Africa and the diaspora, and one of the creators of INDETERMINAÇÕES, a platform for critics and Brazilian black cinema. He is part of the Zanza collective and the Lena Santos collective. He has participated in the curatorship teams of festivals and film series such as Cinecipó, América Negra, LONA, among others, and has publications on cinema websites and catalogues.