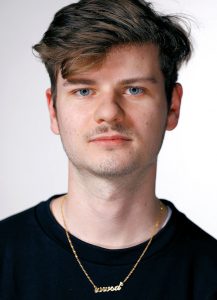 Hugo Emmerzael is a film and music critic based in Amsterdam. He is an editor of  the monthly independent Dutch film magazine, De Filmkrant, with other writings published in Senses of Cinema, Gonzo (circus), Beneficial Shock, Frame. Land and on the Berlinale Talent Press platform, of which he is a 2019 alumnus.