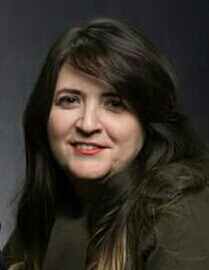 Lama Tayara is a Syrian writer and film critic, graduated from the high Institute of Dramatic Arts department of literature and criticism, she obtained her Ph.D. in Mass communication department (tv and cinema). She is working as an Advisor for a local United Nations Development Program,  UNDP Damascus 2008-2009. She published many studies and books about Arab cinemas and drama including “Women in Syrian Cinema”, also she published her articles in many Arabic honorable magazines such as “AL Arab newspaper”, “Masrahona”, “Alhilal”. She prepares and presents Al Riwaq Podcast . She was a jury member in many film festival such as Oran International Arabic Film Festival Muscat International Film Festival, Rabat International Festival of Film, and she was a Coordinator at the Arab Film Festival, Institute du monde araba in Paris France, and Artistic Director of the Arab Department, JCA, Algeria.