After two consecutive cancellations, a hybrid version of the festival was given the go-ahead. Lama Tayara takes a journey through the sections and winners while looking at how the festival is defiantly surviving and looking to the future, including some new initiatives.

Despite the exceptional circumstances that the world is going through due to the Corona virus, some festivals are trying to be present, and the Ismailia International film festival for Documentary and Short Film Festival comes to us as one of those festivals.

This edition of the Ismailia film Festival for Documentary and Short Films, which was held after two consecutive cancellations due to the ban conditions imposed by Corona, is considered as a successful session by all standards despite all the difficult logistical circumstances and errors that accompany any cultural event in any Arab country, especially in the case where it is decided to be held suddenly.

In fact, the importance of this festival session during the last two years lies in the possibility to filter films, whether documentary or shorts fiction, to be satisfied with showing the distinguished ones, which was something confusing and difficult for most of the juries, especially the jury of Fipresci.

Indeed, the Fipresci jury, which in turn was satisfied with giving one award, has focused this year on the long documentary films, which were ten films, and it awarded the Azerbaijani film, When the Persimmons Grew (Xurmalar Yetişən Vaxt, 2021), directed by Hilal Baydarov, who was also the scriptwriter and cinematographer of the film.

The story of the film talks about the director’s family (his mother and grandmother) in the Azerbaijani countryside. It is about the monotonous life and the stages of waiting, which is largely similar to the life cycle of the Persimmon fruit, with all its details. This film primarily depends on the art of image and montage, in which the importance of cinema appears as a technique to express the topic.

As for the main jury of the long and short documentary competitions, it included Egyptian director Hala Khalil and Emirati director Nujoom Alghanem, in addition to director and producer Dejan Petrovic and Brazilian director Rodrigo Broome, while Iraqi director Abbas Fahdel headed the jury. 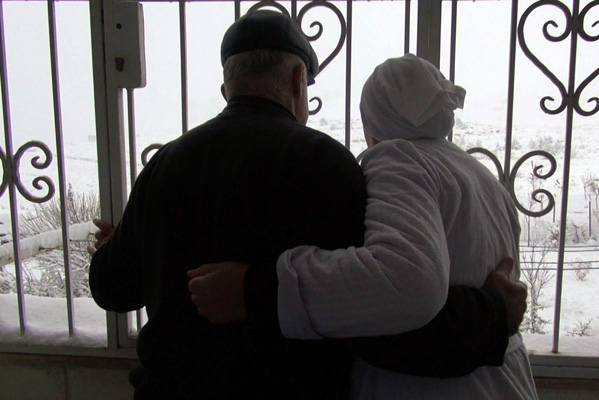 The jury gave The Best Film Award to the Syrian film Sugar Cage, directed by Zina Alqahwaji, who made her film inside her family house, where she monitored her diaries that she had lived during the years of the war in Syria. She expresses the repercussions of the war on her family as a model of thousands of Syrian families. 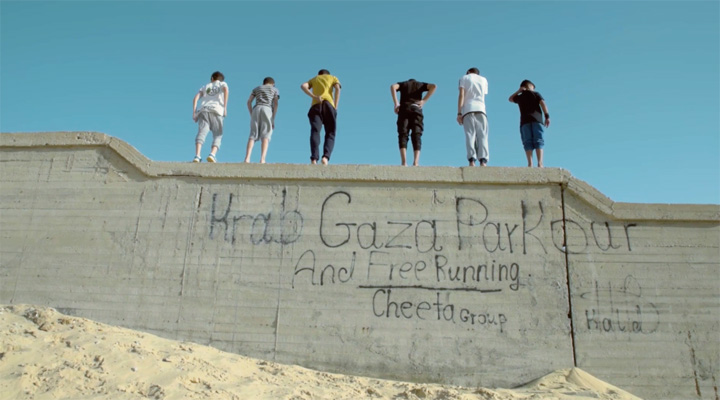 The Italian film One More Jump by Emanuele Gerosa, which received the jury special mention, was mostly filmed between Gaza and Italy and through which the director monitored an expanded picture of some athletes in Gaza and their suffering, in terms of both the lack of suitable places for training and the difficulty of their exit outside Gaza to attend training schools or to participate in meetings.

The Iraqi film The Fifth Story, directed by Ahmed Abd, also won the jury special mention in which the director tried to pass on all the wars and conflicts that Iraq has gone through in its modern history. The jury awarded its Special Jury Prize to the Argentine film, Map of Latin America Dreams, in which the director tried to return to cinematic materials that he had filmed in the past, and it talked about the dreams of a sample of people of different ages and nationalities in the Latin American region, and he returned after years to see whether those dreams came true or ended and died in their place. It is a very influential and important film despite the classic way in which it was presented.

As for the award for the short documentary film competition, the Hungarian film My Uncle Tudor won the award for the best film, while the Brazilian film Newsstand Paradise won the jury award, and the New Zealand film Naya – The Forest Has a Thousand Eyes won jury special mention.

The Special Jury Prize for Short Narrative Films was given to the Sudanese film Al SIT, a film which was written and directed by Suzannah Mirghani, while the Moroccan film Aicha and the Portuguese film The Lamb of God won jury special mention only.

Another section, the Students Films Competition, which the festival incites, the award for the best documentary film was awarded to the film 20 LE per month, directed by Hassan Abo Doma, while the feature film Last Chance, directed by Omar Sedky, won the award of the departed Samir Seif.

In the Egyptian Animation Society award section, the winners were: Souvenir Souvenir by French director Bastien Dubois, the Australian entry One Left by director Sebastian Doringer, and the film The Terrible Girls by Spanish director David Orellana.

The Ismailia Festival session this year focused, in a new initiative, on hosting and honoring some Egyptian stars, whether those who had white hands in participating in the largest possible number of students’ short fiction films, like Ahmed Kamal and Salwa Muhammad Ali, and also honored the Ismailia daughter, the late departed Rajaa Al-Jeddawi, the artist Basma, Safia Al-Omari, and Ahmed Wafik, in addition to the great Egyptian critic Kamal Ramzy, with a published book about him.

It is worth mentioning that this year’s Ismailia Festival carried out a unique and new phenomenon, in which most of the long feature documentaries were translated into Arabic, and this session will now be held annually under the auspices of the National Film Center.

Meditative, Dreamy and Devoid of Categorization