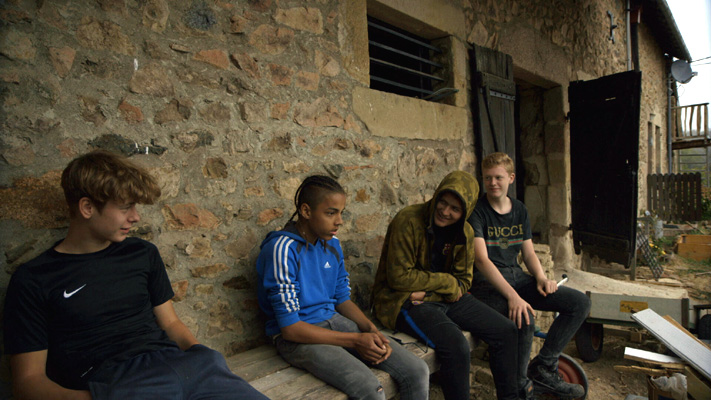 The 22nd edition of the Ismailia International Film Festival for Documentary and Short Films headed by acclaimed film critic Essam Zakaria, and organized annually by the National Film Center headed by the scriptwriter Mohamed Al-Basousy, kicked off on June 16th and lasted until the 22nd. The Ismailia Festival is one of the oldest festivals in the Arab world, its first session was in 1991, and was also the first Arab festival to specialize in documentaries and short films.

Completing the competition, one of the most interesting among this selection, though, was Punks (Rotjochies, 2019) by Maasja Ooms. Punks was the winner of Best Dutch Documentary, Best Cinematography, and Best Editing at the Amsterdam International Documentary Film Festival (IDFA) that year. It is a film whose theme is very important; parents who send their teenage children to a temporary supervision order as a last hope of assimilation into society. These children are already classified as a group of Punks, with all of its stigmas for a young age.

The director’s camera is focusing all the time on the children’s faces, and we can see their real selves being revealed behind their facades; they are undoubtedly lying but from their eyes you can see the truth. One confronting scene shows one of the children and his father, and how both of them make efforts to understand the other, especially the father who is trying hard to have his child back home.

Also, the way of making them engage in numerous conversations with their counselor, which might hurt them sometimes, does at least help make them natural humans again, and becomes an important and progressive step in their psychological therapy.

Punks is ultimately full of sensitive and touching moments, full of energy, full of challenges, full of lies and truth, and even a sense of humor, in order to help these children merge into society again and get their lives back on track. Much commendation should go to director Masja Ooms in her third documentary film for being able to succeed in enabling through the film to give a clear idea about how teenagers feel, think, and interact.

Meditative, Dreamy and Devoid of Categorization