When the Camera Becomes a Weapon 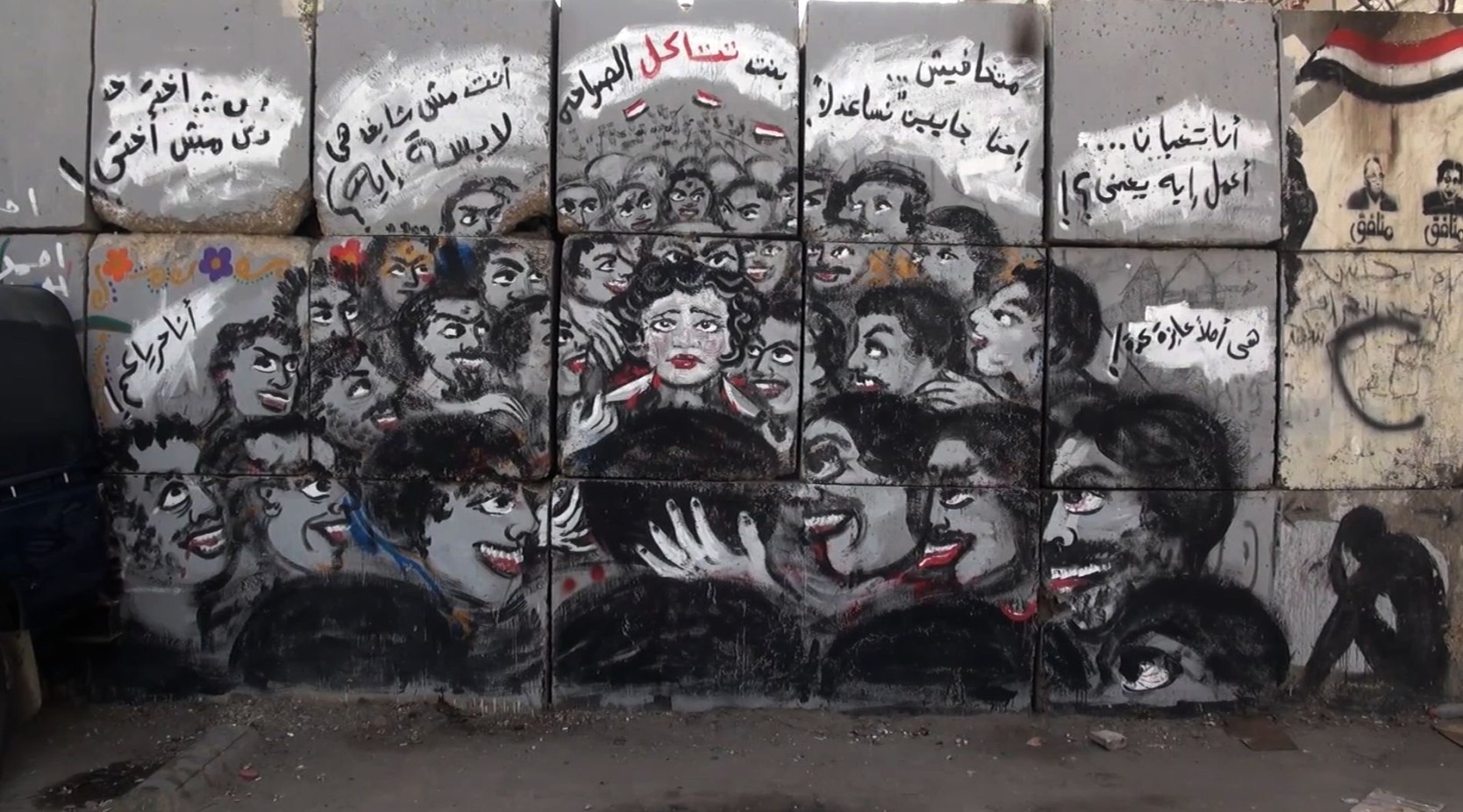 As I Want (2021), this year’s Flying Broom International Women’s Film Festival winner, is a searching, searing work that’s hard to qualify, as it contains a lot of non-fiction material, both from the director’s personal life and from the turmoil in Egypt in recent years in general, as well as some intentionally fictionalized scenes. The power of the film, directed by Samaher Alqadi, derives from the fact that it not only uses the camera to record or register what is happening around the protagonist but that it explores how to use the camera as a weapon. The film bears witness to injustices, especially against women, recording them for posterity and thus denouncing them by simply making them visible. But Alqadi goes even further than that; she wields her camera as a shield, in plain sight, daring men to commit their crimes in full view of the world. Often, though not often enough, they back off when they realize they are being taped.

The film chronicles the long aftermath of the Tahrir Square protests in January 2013, on the second anniversary of the revolution. In the throngs and crazy masses on and around the square, many women experience sexual assault. This leads to them trying to organize themselves, to denounce what has happened and to create more awareness for what it means to be a woman in Egypt today. Footage from the years that follow suggest that what happened on Tahrir Square eight years ago is not an exception but rather just one of the countless manifestations of the systemic abuse foisted on women who dare to show themselves in public in Egypt.

How complex being a woman in the Middle East is, is explored over the course of the years that follow, as Alqadi becomes pregnant, has a child, and tries to come to terms with what being a woman in the region really means. This includes examining her own relationship with her Palestinian family and, in particular, with her late mother. It’s here that the film imagines some fictionalized scenes. Though instead of acting as flashbacks to flesh out a backstory, Alqadi is more interested in showing the behind-the-scenes process of shooting these sequences. This very effective choice puts the accent on her own work in trying to explore her past in a cinematographic way, rather than simply re-enacting (or rather asking family members to re-enact) parts of her own and her clan’s history. In an unexpected but very effective way, these scenes end up revealing almost more about her own preoccupations in the present than about who she was as her younger self.

Alqadi’s pregnancy and the subsequent upbringing of her and her partner’s son also place the director-protagonist less in the centre of her own narrative rather than more so, because she becomes part of a long line of women — past, present and future — who have brought new life into the world. A world that often seems difficult to comprehend, sometimes to the extent that one could wonder why children should be brought into it in the first place. However, her inclusion of home-video style moments with her son alongside the more stylized black-and-white images of herself go a long way to explaining what joy they can bring and how much love they can inspire. Her relationship with motherhood and her offspring are also what triggers Alqadi’s sudden longing for her own mother and the sense of continuity that holds (or should hold) families together.

The film is too intelligent to draw direct comparisons (or rather, perhaps, hard line contrasts) between parenthood and leadership of a state or of people. But the inevitable chafing that occurs between the constant churn of events on the national and regional political level and events, lives and desires in the private sphere does suggest the complexity of life itself and one of its main sources of friction. As I Want is a film that demands to be seen, a film that documents and a film that denounces. A film that wields its camera as a tool to not only record what is wrong in and with the world but also to suggest what it could be and how beautiful, in fleeting moments, it sometimes already is.

Out of Limbo with Flying Broom