Not Today and Never

The winner of the Critics’ Prize was chosen for its ability to simplify and express the idea of suicide through a road movie. Here Safaa Haggag explains how Aditya Kripalani’s film intensifies its locations and characters for a humane approach. 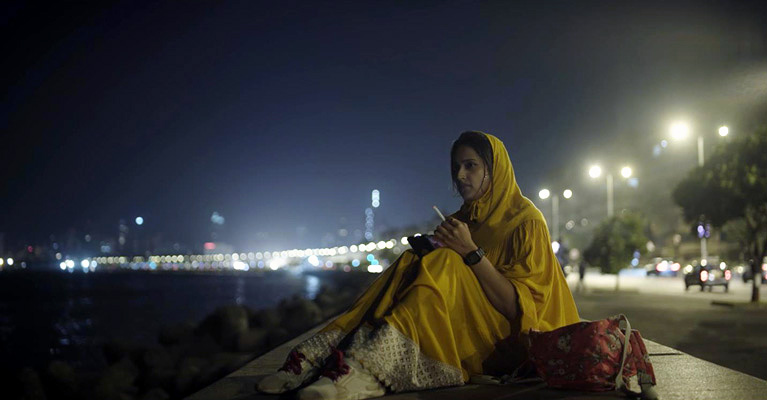 In the opening scene of Not Today, the most noticeable aspect was the instructions on the office wall, which the trainee will violate as a result of her strong sympathy for the caller who will commit suicide. The trainer as suicide prevention counselor watches her and knows that she did not follow the instructions, the most important of which is not to give the caller information, as it is forbidden to establish a personal relationship, and therefore work must be left on her first day. Herein is the moment of transformation, as the girl moves alone, giving an effort beyond her power to reach the desperate person and prevent him from getting rid of his life. The film subsequently turns into a road movie; director Aditya Kripalani makes us discover with him the streets of the town and the ways to navigate it and, by using parallel montage, we unite with the heroine in her concern for the fifty-year-old man whose story we will know from her phone call to him.

Far from the stereotypical image of the Indian film, which is full of many situations and coups, the director, who is the writer himself, focuses on his idea of ​​this center that helps the presenters to commit suicide, the idea of ​​the importance of human communication and listening to another and understanding his complaints, the fact that the girl experienced the suicide of her friend made her willing to help others, to prevent a recurrence of the tragedy. All the time we are with the girl and the man only with great focus and no time is lost with any delay. Through the mobile phone only do we get to know the details about the mother of the girl who is worried about her, and her friend, everything related to the despaired man.

The director refused to use flashbacks and focused only on the man’s revelation of his problem and the girl’s revelation as well, so that sympathy would turn into mutual sympathy, in which each side reveals its potential to the other. Very commendable were scenes depicting simplicity of the girl as she sat in the street waiting to get to know the man’s location. The director succeeded in making the viewer unite with the innocent girl in her effort to save the man. Not Today belongs far more to an independent cinema away from the Bollywood studios due to no appetizers of dancing or singing, no strong action scenes, just a dialogue between two people brought together by the idea of ​​suicide and the desire to keep his ghost away from them.