Are virtual film festivals really the future we want? While the 62nd edition of the oldest cinematic carnival in Cracow was a hybrid event — its lavish program also streamed online — but only after it was showcased in theaters. The message sent by the organizers is clear: priority should be given to physical screenings, where possible. This approach did the trick, and everything let us think that the attendance rate returned to the pre-Covid level. Good documentary films have the power to bring the viewers back to earth, especially when enjoyed in a movie theater. Similarly, they come with the potential to see objects for what they are.

No offence to automotive enthusiasts, but from a certain angle, a car is nothing more than a piece of metal complemented with glass, plastics and rubber. Justly enough, fiction films did everything possible to show that it is not so. As viewers, we have seen many examples on the big screen, especially over the past two decades. Many played the card of animism in an attempt to humanize, and occasionally, to sexualize cars. In the epilogue of Leo Carax’s Holy Motors (2012), the parked limousines vent to each other about their fears and frustrations when the lights go down in the hangar. The vehicles that populate Pixar’s animated film Cars (2006) have the gift of the word and are very talkative. In the body horror, Titane (2021), a Golden Palm winner in Cannes directed by Julia Ducournau, the protagonist has sex with a car and conceives a strange, human-like creature made from titanium.

This year the international documentary competition sported two interesting films in which cars play a significant role, although not as important as their drivers, who seem to drift aimlessly through life. In At Full Throttle (Láska pod kapotou, 2019), Slovakian filmmaker Miro Remo portrays the figure of Jaroslav Vávra an ex-miner and early retired rally driver. To remain in the motorsport world, he enrolls his partner in life Jitka, in local rally competitions. Jaroslav acts as her team manager, engineer and navigator in an all-inclusive two-person show both in life and on the route. The overall tone in Remo’s effort is slightly over-dramatic, and the two J’s behave in front of the camera as reality show participants. That being said, At Full Throttle is fairly entertaining as the portrait of a lively man always on the brink of self-destruction who clings to Jitka and the rally cars he prepares for her. These are all the only things Jaroslav is left with after growing part from his former wife and daughter. 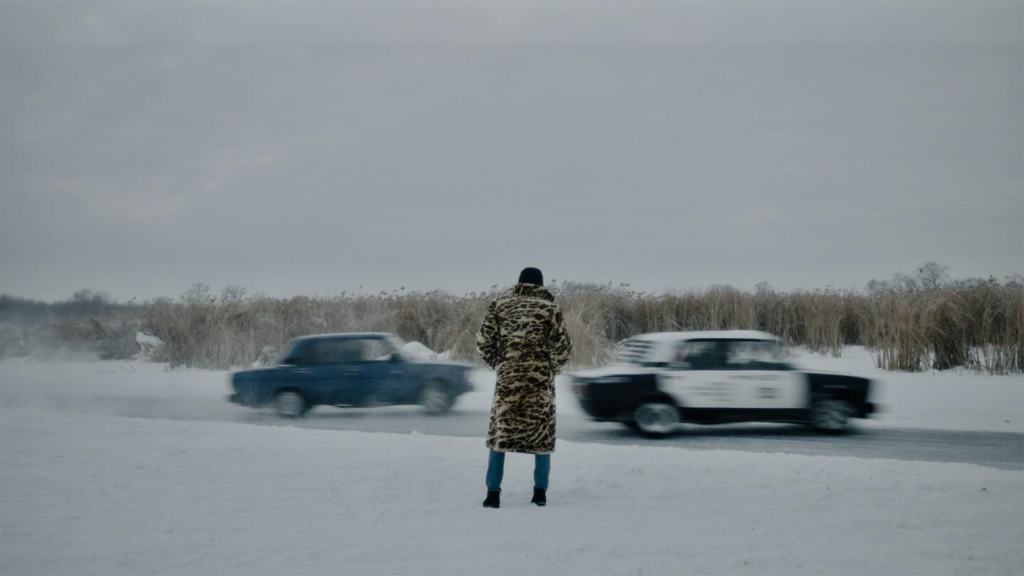 The youngsters in Tolyatti Adrift (2022), directed by Laura Sisteró, are also left with very little in life. This includes the old Zhiguli cars manufactured by Lada and inherited from their parent’s generation that were left behind after the collapse of the USSR. Tolyatti, a Soviet city, built around the automotive factories, is the Russian counterpart of Detroit. Should they stay, or should they leave their decadent post-industrial hometown? Meanwhile, they kill time tuning their Zhigulis and learning how to skid on ice. The Spanish director is not judgmental towards Tolyatti young adults, so the viewer does not feel like doing it either. Unlike in racing video games, At Full Throttle and Tolyatti Adrift present very few points of view shots from the windshield. The camerawork is focused on the drifters rendered in all their humanity. In Remo’s and Sisteró’s works, the cars reflect the characters’ frame of mind and material situation. Yes, vehicles are mainly made from steel and aluminum and don’t have their own life, just like in narrative film. At most, the sheet metals that the cars are made from can function as a mirror reflecting the characters’ malaise and their need for drift in everyday life.