A Hypnotic Cinematic Journey Through Poverty 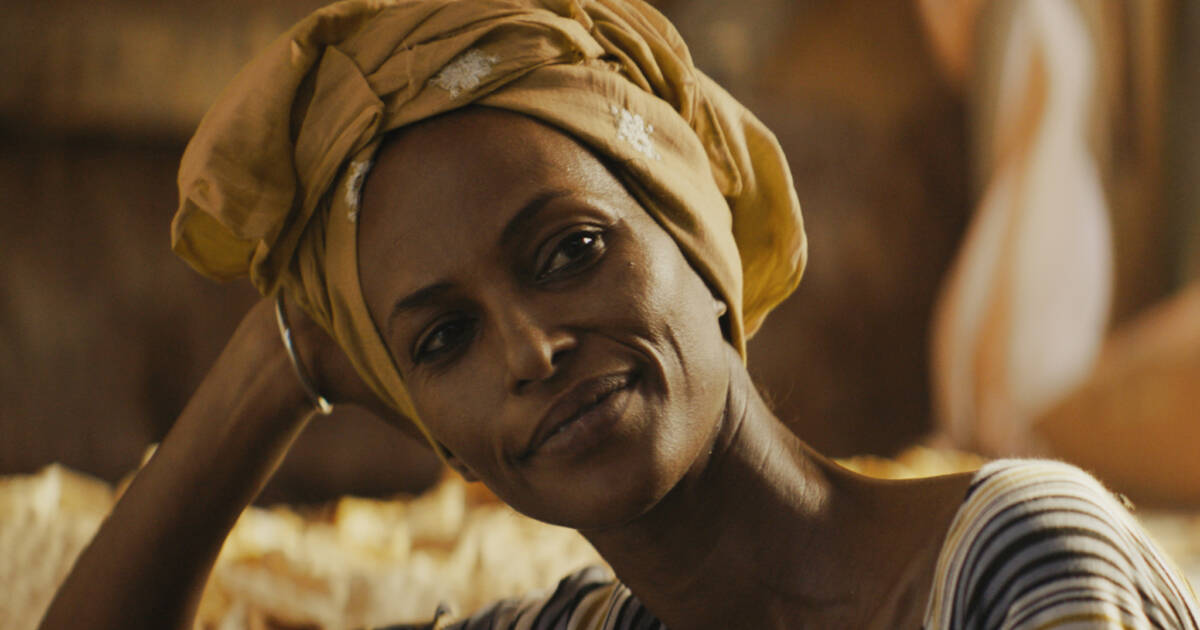 In this revolutionary triumph of emotion and form, Khadar Ayderus Ahmed rises to the ranks of one of the most interesting, emerging filmmakers of contemporary cinema.

A film of acute tenderness and eloquence, Gravedigger’s Wife grounds its critique of a third world country’s socio-political mores in an achingly eloquent meditation on the struggle of a family in a cruel society.

The story is set and shot on location in Djibouti, which is close to Somalia, but is not an identifiable location in the film. It could be any poor part of Africa or other places of the third world where hunger and poverty reign.

The protagonist, Guled, is seen roaming his village with a spade on his shoulder, looking for corpses to bury in exchange of few coins, or waiting crow-like outside the hospital, for an ambulance to arrive, when he runs to check if the patient it carried is dead.

In the evening he returns to his hut to his wife Nasra, an elegant, slim figure with a turban on her head, lying in bed. We soon discover that she suffers from an abscess on her kidney. An easily-treatable disease in our country, but here, Nasra’s life is at risk; the only salvation is an expensive surgical procedure, which the couple cannot afford. All Guled’s savings have already gone to pay for antibiotics.

Against his wife’s will, Guled decides to go back to his native village, to ask the help of his mother and brother.

The journey puts Guled’s life at risk, as well. On foot, without shoes, no food, no water and no shade, under a scorching sun. A silent trip, painful, in the hands of destiny, against all odds, a universal story, a sad folk-tale, from the past to the present.

The director, Ahmed, was born in Somalia, but also has lived in Ethiopia, and clearly knows his subject matter and how to make the best of it. He gives us a mesmeric, full immersion in Africa’s landscapes and colours, sublime and poetic, provoking multiple reflections.

The Gravedigger’s wife starts out focused closely on Guled’s poverty and desperate need to help his wife, but tightly-constructed, it manages to fully realise the other characters.

Nasra’s portrait is not the one of a victim. She lies in bed with a smile, the camera regarding her from below, with dignity, compassion and tenderness. Graceful and striking, bathed in soft light, she is rich in beauty and strength, an almost regal figure. In the small hut there is both poverty and love and she is the one who brightens up the place.

In one of the scenes, she takes her husband to gate-crash a wedding, with the idea of a goat as gift; she reveals all her cunning, and gleeful nature. Later we learn she was forced into an arranged marriage but eloped with Guled to build a new life together. She is the maker of her own destiny. In her story resides an homage to the women who must fight to change their history.

The movie also beautifully embraces their little son, who must help his mother in his father’s absence, a lovely child, spreading innocence and purity of feelings throughout the story.

From several directions, The Gravedigger’s Wife assesses the problem of our world, giving voice to those who are not heard. This movie in its exploration of class struggle recalls classics like “Bicycle Thieves”. Here, the tool for survival is not a bicycle anymore, but just, a simple spade. Guled’s figure with his spade on his shoulder, searching for a job, is a powerful statement, a splendid emblem of class struggle. At its most essential, the film cries out with humanity, poignant and heart-breaking, gorgeously crafted, and destined to capture our hearts and fortify our spirit.

The Problems and Issues of the African Continent