The Dog Who Wouldn't Be Quiet 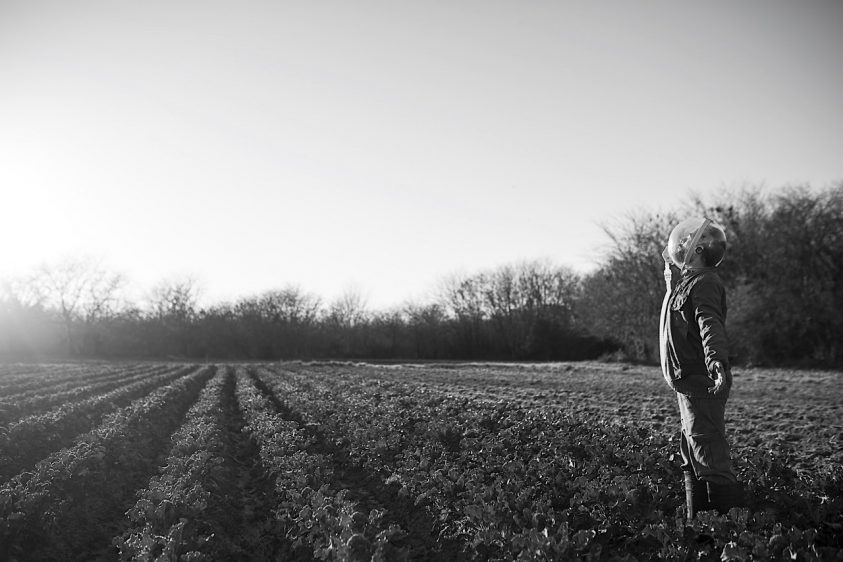 I first watched The Dog Who Wouldn’t Be Quiet (El perro que no calla, Argentina, 2021), the sixth feature film by filmmaker and actress Anna Katz, in January at the 2021 Sundance Film Festival. I could not explain why back then, but this film immediately started to live in my head, rent free. Now that I have it watched again at the 2021 Mar del Plata Film Festival, maybe it is time to try to explain it.

To be honest, nothing extraordinary happens in The Dog Who Wouldn’t Be Quiet – or at least not until the end. The main character is the opposite of what any film protagonist is supposed to be. But since I first watched the film, I have not been able to forget him or everything that happens around him, or the way he reacts to every situation.

The dog in the title is, by the way, female and her name is Rita. Her owner, Sebas (Daniel Katz, the filmmaker’s brother) is a graphic designer and illustrator. On a rainy evening, Sebas is visited by three neighbours who tell him that Rita cries all the time. Rita did not woof while the neighbors are arguing about her crying. But Sebas doesn’t contest anything, he knows that Rita has been crying for four years and he understands that his neighbours are fed up with her.

Sebas’ love for Rita is the McGuffin that starts the series of small episodes that make up this short but charming 73-minute film. The neighbours’ complaints lead our protagonist to bring his dog to work. Of course, his boss kindly but firmly informs him that he cannot bring his pet to the office. This conversation is a jewel of bureaucratic humour. Everything that is said is logical and ridiculous at the same time. The truth is that Sebas prefers to keep Rita over his employment, so the film immediately cuts to him starting a new job as a caretaker of a farm in Las Pampas with Rita happily running around.

Sebas losing his job or Rita’s unbearable howls are two of many elements that we know are happening, but we never get to see or hear onscreen. The script, written by the filmmaker in collaboration with Gonzalo Delgado, is built by a series of successive ellipsis that follow the way in which the film was made: throughout many years and with five cinematographers behind the camera. The only constant presence is Katz as a protagonist and the discreet black and white photography. Each time veteran Andres Tamborino’s editing sends us to a new scenery and a new episode, we know that Sebas’ life has changed once again. Many of the most dramatic events happen off-screen, and they are barely shown in the attractive animated cartoons created by Mariela Ripodas: death, a certain catastrophe, and the relentless passage of time itself.

Many things happen to our protagonist: he leaves his job on the farm and proceeds to work at taking care of a terminally ill person. He then encounters the workers from an agricultural co-op with whom he ends up growing vegetables. He even produces a radio show for them. He gets married to a woman (Julieta Zylberberg) whom he meets at his own mother’s wedding. Everything seems normal and calm until, suddenly, as if we were watching a totally different movie, a meteor strikes the Earth and causes such a change in the atmosphere that no one can walk upright again, and the air becomes unbreathable. So, everyone must wear a protective astronaut-like helmet on their head or slouch while walking, making sure not to reach over 1.2 meters. Otherwise, they would lose consciousness.

Just as the Brazilian film The Pink Cloud (Gerbase, 2021), Katz made this movie prior to the COVID-19 pandemic, so the sudden change in our everyday lives caused by the meteorite – or the pink cloud of the Brazilian film – turned out to be prophetic. However, in Sebas’ case, the change does not seem to be particularly traumatic or even definitive. Just as he has done since the beginning of the film, this kind, attentive, and generous 30-year-old knows how to adapt to what is coming, whatever it may be, because he is clear about what is the most important thing in life: taking care of his dog, cultivating the land, helping out whoever needs it, taking care of someone who is sick, trying to be a good father to his child, having another puppy…

It is all about carrying on and living because, as the song played at the end of the film says: in the end “Everything will be fine”. Sebas knows it and, by the end of the movie, we know it as well. It does not matter when the fourth wave is coming. Or the fifth one. Or the sixth one… Bring them on.