Can "No" Avoid Life's Challenges?

Presented in the main competition, the German film Nö (2021) by Dietrich Brüggemann, was refreshing, especially since it was a relatively weak program in which almost everything was crammed. But Nö stood out from the first viewing with its style, fresh idea, fun, bizarreness, and wackiness, but also the power for a marital relationship to speak in an inventive and original way. 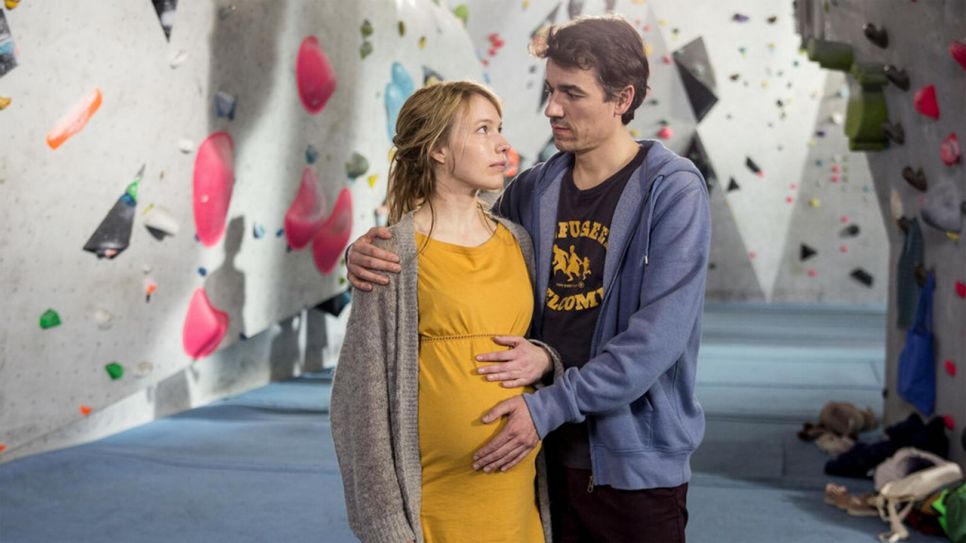 It’s not so simple to talk about something that is schematized, about something that happens every day, about something so familiar that the protagonists themselves are scared that they will be dragged into something which goes without saying, although they don’t want it. This applies to all relationships, now and always; it all depends on how you approach them and how you address all the rules, expectations, fears, and attempts to avoid the trap everyone eventually falls in.

At the very beginning, the director, through a very “normal” conversation, tells us that his approach is different, as funny as it is dramatic and hilarious, primarily because of the surrealist and absurd scenes. You wouldn’t believe how, in that whole concept of the story, the idea is retained and in what way all possible stories are rounded off.

Dina (Anna Brueggemann), an actress, and Michael (Alexander Khuon), a doctor, have been together for many years. They face a real dilemma: whether to enter the marriage adventure or to split up. Dina says: “No” to the split up, and they move on. The wedding itself is freaky, heralding intrigue and unexpectedness. The director consciously takes things to extremes, showing everything we fear or want to avoid, everything we don’t like to discuss. Still, things go their way whether we like it or not. What is different is how we will face them and how we will react.

Nö is signed by Dietrich Brueggemann and his sister Anna Brueggemann, who plays the leading role, and they wrote the story for seven years. It is told through 15 scenes, in which the camera is mostly static, but the film doesn’t leave an impression of being stationary. On the contrary, the story is lively and furious, the dialogues can be bizarre, and the events are brought to the extreme, but nothing feels fabricated or exaggerated, especially if you are aware of how much it all has a logical basis; no matter how crazy it may seem. After all, it’s no accident that this is a comedy, the playfulness of which makes even the most difficult things bearable but no less visible.

But, life flows and brings all the challenges, whether as a loving couple, whether as parents, whether as someone’s children or brothers and sisters, whether as unemployed or when we are psychologically on edge, unable to overcome the obstacles that always we tried to run away. It is pretty standard for everyone; each of us tries not to be what he or those around him believe he is; each of us tries to make his relationship different and avoid those so boring and familiar patterns; each of us wants to deal with challenges in our way, and not for them to carry us.

Nö is a robust psychological analysis in which we can recognize ourselves. At times the film seems complicated and even so bizarre that it confuses, but it’s not dull, even though there are only 14 cuts. When you separate a little from everything it offers in that short period, you realize how lifelike it is, how much it contains a part of each of us, and how much it touches on issues that never lose their importance. Life is like that. Extraordinary, lively, wacky, with notable roles and scenes that cannot leave anyone indifferent. Probably one of the more intriguing young directors in German cinema.

The Post-covid Body, Between Deformation And Dismemberment

Is It All About the Image?