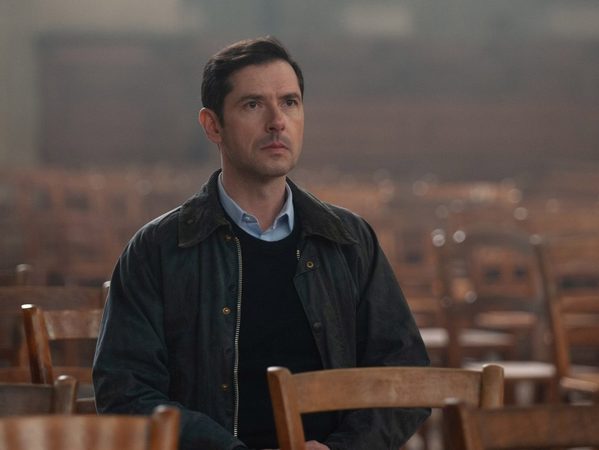 At the Stockholm Film Festival, that this year celebrated its 30th anniversary, three FIPRESCI members were judging no less than twenty films in the Open Zone section. This section was created to bring to the Swedish capital the most renowned filmmakers from all over the world. In 2019, here met the acclaimed Hollywood filmmakers such as Noah Baumbach and Taika Waititi; Swedish living legend Roy Andersson; festivals conquerors from Asia Midi Z and Bong Joon-ho; Western and Eastern European masters such as Alejandro Amenábar and Stephan Komandarev. With their abundant festival histories and prolific filmographies, the directors were competing not as much with each other as with him/herself each. They all had their reputation to mind and goals to reach, and often the benchmarks set were quite challenging to beat.

Considering this specific trait of the Open Zone section, while deciding upon giving the film critics’ award, we kept in mind not only our impressions of the films we’ve watched, but the whole course of directors’ progression through the world of cinema, thus gaining a better understanding of their latest works presented at the festival.

François Ozon with his exposing film By the Grace of God (Grâce à Dieu, 2018) about behind the scenes of the Catholic Church was competing with himself even more than his colleagues, as long as the excessive prolificacy of the French director has not always served him well. Along with his undoubtedly successful films such as Swimming Pool (2003), Potiche (2010), In the House (2012), in his other works he kept returning to the overtly superficial and rather voyeuristic lingering on characters and situations, diving deep in his fantasies that would be understandable for teenager and not for a grown-up man of his professional level.

Seeing that, the upcoming film of his that uncovers the long-silenced pedophilia issues in the institute of Catholic Church raised not at all ungrounded fears. But no daunt here; François Ozon managed to speak on such a subtle and contradictory topic with all due seriousness, never aiming for the false aesthetics and the usage of the excessive drama stamps.
The characters of the films are based on real-life men, who were brave enough to speak out and testify against the priest who molested them during their childhood. Every one of them is in a different position: somebody has got a work reputation to protect, somebody is scared to hurt his family, and someone has gained nothing in life and feels scared to get the ever-lasting stigma of a victim.

Sometimes referred to as a “cold” director who himself over-rationalizes his full of passions scripts, this time François Ozon has masterfully used his distant and reasonable style to approach the extremely delicate matters. This also helped him avoid taking sides and therefore making enemies of genuinely devoted believers. No false accusations were made; he simply told the frank stories of the men who themselves were searching for the answers that bothered them throughout their lives.
Never underestimating the obstacles that the characters encounter throughout their struggle, François Ozon first and foremost highlights the positive aspects of the fight, setting the inspiring examples for those going through hard times. While dealing with an unspoken trauma of so many parishioners around the world, with the combative tone of his movie he assures them that they are never alone. Mothers, wives, and even children are there for them, ready to give a hand at the times of need. But even aside of external support, the story Ozon depicts proves that the voice of one man provoked by sometimes accidental reason is capable of triggering the domino effect that in its turn leads to a global discussion and, what’s more important, to the real actions that can save the children of the world.

Of course, the film, however good, cannot possibly solve the long-hidden deeds of one of the most powerful religious institutions. And although nowadays questions of unraveling the crimes of church remain only too relevant, rather than lamenting all the existing reasons of “why it cannot be even thought of”, By the Grace of God comes out as an eloquent evidence of “That’s how it should be done, and together we can make it.”