On Art, Accolades and Commerce

With lifetime achievement awards and the presence of blockbuster films, Leopoldo Muñoz also takes a look at the twelve films in competition, in particular the latest offering by Alejandro González Iñarritu.

The question regarding EnergaCAMERIMAGE, a contest focused on the art of cinematography, is cleared up by evidencing that it is a cinephile festival, rigorous although (there is no red carpet or popcorn but Hollywood has a presence) with beautiful films and tributes to cinematography idols.

The recognition of the lifetime achievement award this year, in addition to a stylish and retrospective publication, went to Stephen H. Burum. 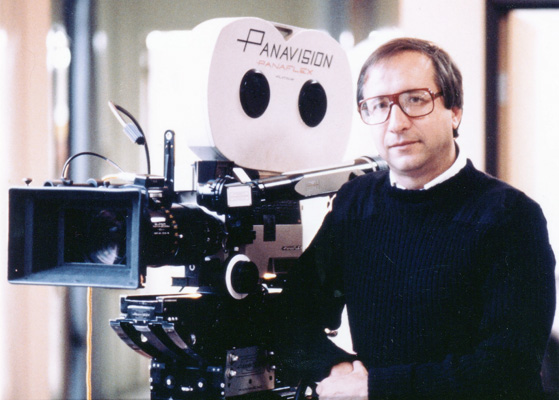 It is hard to find a living cinematographer who has been responsible for images so new and impressive that they become a new canon. Just so that the sustained doesn’t remain in a vacuum, unforgettable during his career are the chiaroscuro effects of Rumble Fish and the color that he identified to a generation in St. Elmo’s Fire. With Brian De Palma, he finds an ally and achieves visual, not to say pictorial heights, such as the subjective camera from the grave in Body Double, the vanishing points offered by the rails in the climax of Casualties of War (consider that he was cinematographer in the second unit in Apocalypse Now), how it became a corridor in a tunnel during the murder of Sean Connery in The Untouchables, the amazing tracking shots at the beginning of Snake Eyes or the reflection in the glasses of Carlito’s Way. These are unique moments that only an artist can create. We know about the importance of cinematographers in the authorial result, at least since Gregg Toland worked on Citizen Kane. In this regard, Burum’s contribution to cinema – who was applauded with a standing ovation by the 800 attendees at the CKK Jordanki Theater – is written with capital letters in the contemporary history of the largest industry on the planet, although he has never won an Oscar (only nominated for Hoffa).

Industry and business, that area that is not in the realm of dreams thanks to the screen portal, was also present at EnergaCAMERIMAGE. The festival, which celebrated its 30th anniversary in 2022, boasts a major influence in the millionaire market of the best brands of optics, film cameras, lighting and other services. This impression is confirmed by observing that the most well-known magazines in the field (Definition, British Cinematographer, Cinematography World, Camera&Light) covered the event and distributed their November publications with covers dedicated to films in the essential competition of EnergaCAMERIMAGE. An important economic dimension (the 14 minutes of spots prior to each screening are not random, at least for the main competition), to which must be added that the oldest will contribute to the festival, in addition to the sponsorship of the Polish presidency and the Torun mayor’s office, is the electricity company Energa (strictly speaking, its clients) and whose brand functions as a prefix to the contest when it is announced as it is known today. Beyond the legitimate opinions in this regard, it is undeniable that all the components structure a first-rate film festival with enormous diversity in the very attractive audiovisual offerings. For the review of works by masters of the art of cinematography and retrospectives, there are the competitions: national, fiction shorts, documentary shorts, music video, students, cinematographer’s debuts, filmmaker’s debut, TV series, and documentary feature film. Also, among many other activities such as joint panoramas (The Munich Film School), painting exhibitions (Painting Tumult), and photomontage (Ryszard Horowitz); and in this version EnergaCAMERIMAGE jointly supported the Ukrainian OKO – International Ethnographic Film Festival, by taking place simultaneously under “its umbrella” in the city of Nicolaus Copernicus.

As in any festival, it is in the main competition where not only the editorial line is transmitted, the quality and power of the curatorship shines, but also where the festival hierarchy is established. In this sense, EnergaCAMERIMAGE does not skimp on its main competition, an instance where the applause is received by the cinematographer and not by the filmmakers. Despite this detail so inherent to the festival, there are works by several cardinal directors of the current seventh art such as Sam Mendes, Baz Luhrman – both present at the festival with tribute s included – Noah Baumbach and Alejandro González Iñarritu, the titles that confirm the prestige of the selection. To this are added battleships such as Top Gun: Maverick and The Fabelmans (the latter one from Steven Spielberg, out of competition, closed the festival), options that set a trend. At least this year, the main competition gave no space to low-income ruptures (yes, there were retrospectives of the original art director Ulrike Ottinger and documentary filmmaker Alex Gibney). This is perhaps because good photography is always expensive, and a good budget is associated with the mainstream. With such consideration, the most experimental in terms of language and narrative, but far from being cheap, was Bardo, False Chronicle of a Handful of Truths.

Of the twelve films in the main competition, seven were produced or co-produced by the United States. These numbers suggest that, at least in this fundamental section of the event, they could be seen as an effort by the festival to establish itself as a cultural/commercial bridge with Hollywood. A desire that is achieved, because the curatorship bets on global audiences, without losing quality or brilliance in the cinematography – whether due to its magnitude of production, cast or film genre. In this last case, war themes made up 25% of the competition, with the extensive All Quiet on the Western Front, War Sailor and Top Gun: Maverick, while the rest of the films had medium to large budgets, with the exception of The Angel in the Wall and The Perfect Number. In this regard, illustrative was the euphoria and cheers in CKK Jordanki’s room during some Top Gun: Maverick sequences. Empirical demonstration, that beyond the lengthy exercise of nostalgia, there is a certain type of entertainment that knows no borders. Prior to the screening of the sequel to Top Gun, director Joseph Kosinski cunningly, along with cinematographer Claudio Miranda, asked, as a live focus group, how many had seen the film, and only a handful of viewers raised their hand. Arms at the ready represented a tiny percentage of the US$1.5 billion in global revenue that catapulted it as the great blockbuster of 2022.

In the opinion of this film critic, this feature film is his most personal work, and one which ultimately won the World Critics Award from the FlPRESCI jury at the 30th EnergaCAMERIMAGE. The most recent work by the Chilango filmmaker is a giant step for him as an author, abandoning the universe of coincidences (Amores Perros, 21 Grams, Babel) or boasting with the sequence shots of The Ravenant with an ambition for record-breaking. Unlike those films that cemented his career in Hollywood, in Bardo, False Chronicle of a Handful of Truths the director offers an introspective look at his own life and work, based on the pain of the cost of success and the loss of identity that it means internationalization. Ideas and concepts that are embodied from Silverio, the character played by Daniel Giménez Cacho (a good part of the footage characterized as González Iñarritu, with a beard and dark sunglasses), a journalist who became a documentary filmmaker who, after leaving Mexico and exporting his trajectory, returns to his homeland to receive an award.

With an anecdote that is rooted in Ingmar Bergman’s Wild Strawberries and therefore with Woody Allen’s Deconstructing Harry, the film from the close-up assumes that the answers only arise from the fantastic and the mysterious, in this last trip before the end. That close-up, which projects the shadow of someone who begins to fly, apart from being a significant and magical camera shot (somewhat reminiscent of Birdman, but finally it is indebted to 8½ and the flight after the vehicular traffic jam and the rope tied to the foot) defines the hallucinogenic tone or drugs of mystical self-awareness.

This beginning that the director proposes, immediately forces us to look at Bardo, False Chronicle of a Handful of Truths from the perspective of the intuitive to follow a tour de force through Silverio’s regrets and statements, someone who lives in constant contradiction and tries to justify his decisions. Along this path, the use of an almost continuous wide-angle to focus on the action and with scenes built from ingenious traveling shots -the culminating point, the party in honor of the protagonist- modifies our experience of observing the screen to an immersive trance. This invitation to immerse ourselves in the psyche of Silverio, and incidentally in that of González Iñarritu, explores a range of intimate dilemmas such as father-son conflicts, with an endearing and ridiculous conversation in a bathroom between the character of Giménez Cacho and the father. In turn, the director’s alter ego also has his disagreements with his own offspring (he speaks almost everything in English and hates Mexico, and she finds him a hypocrite) as well as feeling the absence of an unborn child. This is a story of blood, of birth and death, which is extrapolated to tragic events in Mexican history and also to recent massacres. Starting from a street walk of the protagonist described in amazing sequence shots -inspired by the dreamlike scene in Wild Strawberries where Victor Sjöström wanders perplexed down an avenue-, we delve into the most painful aspect of the Mexican idiosyncrasy. At each step of the ex-journalist (now documentarian), a lifeless passerby falls and the presence of the Zetas and narco-terrorism is felt from the off-frame represented by the unexpected corpses that surround the protagonist. During this fatalistic introspection, the walker arrives at the apparent origin of all the evils for his people. A moment that is exhibited from the vision of a defeated monumentalism, by showing a mountain of inert bodies through which the protagonist climbs, until he reaches a desolate Hernán Cortés.

The killing and looting for González Iñarritu is not exclusive to the Spanish Crown, the loss in 1848 of more than 55% of the Mexican territory after the war with the USA, emerges as an indelible scar and that the director spares no symbolism to express his discomfort of his nation with its neighbors to the north. In more than one way, it seems that the search for success in the USA was an unconscious form of re-conquest by Silverio, an idea that is presented at the beginning of the film and that is later repeated in how the protagonist documents the exodus of immigrants through the border (as if he were the protagonist in the skin of others). “Manifest destiny with huacamole” that sees in the American way of life the American dream transfigured into a nightmare, since identity is lost and only a shadow remains of the essence, without roots, like the one that floats and dazzles us at the beginning of the film.

Despite the twilight tone of the trip that Silverio undertakes, several moments of frank humor stand out. One of them occurs when the protagonist and his family return to the USA and a federal agent with Latin features prevents them from entering and argues that the United States is not his country. Among the many epithets, the rant about Silverio’s daughter stands out (with a very “fresa” look as they would say in Mexico to the privileged), she tells the agent that he has more of a Mexican look than her. Such comedy that addresses racism within the third world countries themselves, just as it happens to Silverio who still gets annoyed when he is referred to as “El Negro”, a nickname due to his skin color, and has accompanied him since childhood and, at the same time being in Mexico, reminds him of that identity that neither with success nor inhabiting another country can he banish.

The Wave of the Postmodern