Where To Go East

Hard Decisions in Times of War

The 22nd edition of goEast – Festival of Central and Eastern European Film in Wiesbaden, Germany, was marked by two significant factors: the process of a gradual exit (we hope) from the pandemic, and the super-‘hot’ phase of Russia’s war against Ukraine (and, let’s add, the entire democratic world).

The organizers of the festival – and above all, its director Heleen Gerritsen – found themselves in an unenviable situation: on the one hand, after one edition missed due to the lockdown in 2020 and one hybrid edition (when only the Jury was physically present at the festival) in 2021, it was finally possible to hold a full-fledged event with participation of the public and filmmakers: contestants, honorable guests, participants of the traditional symposium and jury members (there were about 200 people altogether); on the other hand, the impudent aggression of one of the festival’s regular participant countries against the another demanded clear and concrete actions. And one should give the festival its due: the position was stated clearly – films financed by the government of the aggressor country were officially excluded from competition (some Russian participants, guided by the voice of conscience, withdrew their own film from the programme and made an official statement on this matter), thus reducing the number of competition films from 16 to 14. Instead, within the framework of the festival, a round table was held with the participation of Ukrainian guests (both physically present and online), where they were able to clarify their position regarding the suspension of screenings of Russian films at international film festivals until the aggressor’s troops have completely withdrawn from the territory of independent Ukraine and regarding the attention of the world community to be shifted from products of Russian film culture to the corresponding Ukrainian ones. A broadcast of this round table “Boycotting Russian cinema: A Ukrainian perspective” is available online.

However, one embarrassing moment could not be avoided: Ukrainian documentary filmmaker Alina Gorlova cancelled the screening of her film This Rain Will Never Stop (last year’s goEast winner) in protest of the screening of the Russian film The Cuckoo (Kukushka, 2002) in the same out-of-competition section of the festival in memory of Alexander Rogozhkin, who passed away last year. Instead, she spoke at the aforementioned round table with a live report from a suburb of Kyiv from a building destroyed by Russian occupation forces.

The screening of Kukushka was perhaps the most controversial event, illustrating the festival’s desire to maintain tolerance towards filmmakers and film works allegedly internally opposed to official Kremlin propaganda and political doctrine. In this case, we are talking about an outwardly pacifist film by a director whose work was marked by such anti-totalitarian films as The Guard (Karaul, 1989), The Chekist (Chekist, 1992), or Checkpoint (Blokpost, 1998), but who at the same time contributed to the formation of Russian chauvinism and xenophobia, which led to the beginning of the current war, with a series launched by Peculiarities of the National Hunt (Osobennosti natsionalnoy okhoty, 1995). In addition to promoting the idea of ‘fraternal peoples’ (a cornerstone in the narrative of the modern ‘great Russian’ aggressive context), this undoubtedly talented and brilliant film reminds us that one time, it received the highest award of the Russian Federation, the State Prize, by a decree signed by President Vladimir Putin…

Another argument against the position of the management of goEast and other film festivals that ‘did not notice’ the start of the Russian war against Ukraine in 2014 (after the occupation of Crimea and the eastern regions of Donbas): every screening of a film produced by any Russian company (even ideologically in opposition to the authorities) contributes to the state budget, which currently finances the killing of women and children and the destruction of the infrastructure (including the cinematic one) of the independent Ukrainian state.

An equally traditional section of goEast, “Homage to…”, was also quite unique this year: it was devoted to the 93-year-old Georgian director Lana Gogoberidze, and she came to the festival. She travelled to Wiesbaden accompanied by her daughter, filmmaker Salomé Alexi, to attend the world’s first-ever retrospective of her work, and she was present for film talks and offered an insight into a creative journey spanning 60 years in the scope of an extended Q&A.

As for the competition programme, this year it comprised 6 documentaries and 8 fiction films of a wide variety of genres and aesthetics. And goEast has certain privileges compared to other film festivals: the FIPRESCI jury decides on two awards!

Among the fiction films, perhaps the most unconventional and truly cinematic, received an award: Pilgrims (Piligrimai, 2021), the debut feature by the Lithuanian director Laurynas Bareisa, which had already been honoured last year by the very prestigious Best Film award in the Venice Horizons 2021 section. In this crime thriller, two individuals set off on a road trip, a journey that starts out as an attempt to avenge an unsolved murder and soon reveals itself to be a special type of grief therapy.

Our Jury’s statement sounded as follows: “The complex film that works on many different levels and resonates in many different ways with the terrible war happening right now. It’s a moving exploration of personal grief and the different shapes it can take. It is a subtle depiction of how the traces of a violent history are imprinted forever in a community. And in the meantime, it is unconventionally absorbing as both a crime mystery and a road movie.”

But the real triumph of the festival was the documentary Boney Piles (Terykony, 2022), which had its world premiere in the Generation section of the Berlinale earlier this year. Taras Tomenko, the director, had to travel almost two days from war-torn Ukraine to personally present the film to the audiences and, as a result, to receive not only the FIPRESCI prize, but also the CEEOL Award for Best Documentary Film, endowed by the Central and Eastern European Online Library with 4,000 Euros in prize money. The documentary was shot at the Ukrainian-Russian front line and focusses on the 14-year-old girl Nastya, who lives her daily life among the horrors of war. It is a documentary portrait of wartime life. For as long as she can remember, the war has been raging near her village in Eastern Ukraine, and still she dreams of a normal childhood. Taras Tomenko’s film makes viewers painfully aware of the reality in Eastern Ukraine even before 24 February 2022. 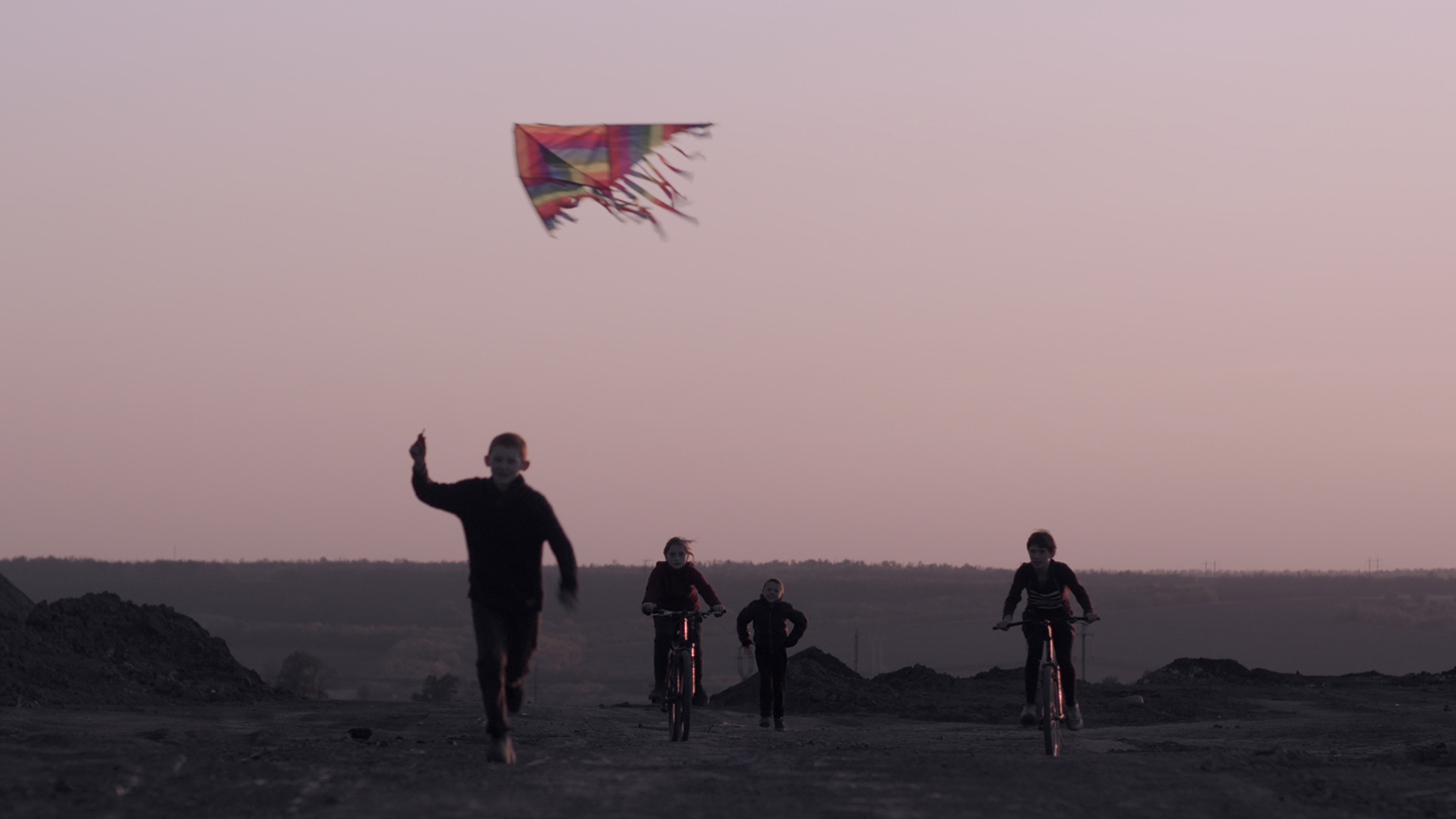 Our motivation was as follows: “We found this film to be convincing on all levels: artistic, cinematic, human, personal, and political. We especially like to point out the filmmaker’s ability to empathize with and be respectful towards the protagonist while being both gentle and protective.”

Let’s hope that such attention to Ukrainian cinema is not situational (as one of the members of the International Jury, a Pole from Germany, accurately said at the festival’s Closing Ceremony: “Today we are all Ukrainians”), but that it is a sign of the imminent victory of the forces of democracy over bestial imperial totalitarianism!