A Neorealistic Portrait of Iranian Society

The winner of the Critics’ Prize delivers an extremely accurate portrayal of the world it conveys. Davide Magnisi applauds its dynamics, with an almost documentary realism, succeeding in the magic of transforming such a particular story into one with universal symbolism. 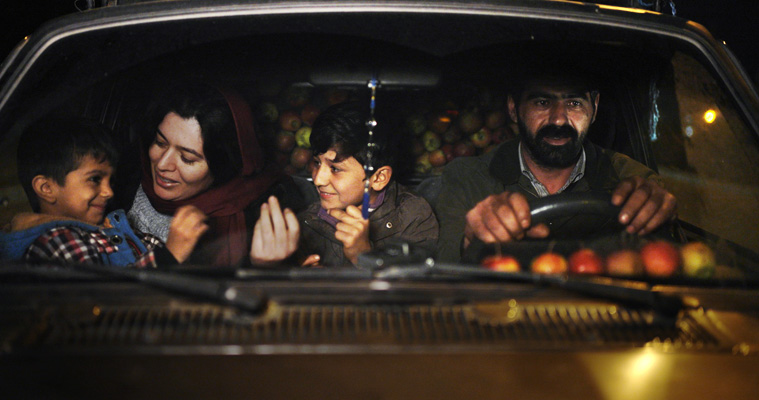 The Apple Day (Rooz-e sib), by Mahmoud Gahaffari, is a radiography of an apparently small family drama. Precisely set in the gray suburbs of Tehran, the shacks of poor families are close to unfinished skyscrapers, a landscape that is an objective correlative of a state of society and of soul. The Apple Day is a social drama that collects the anonymous lives of characters that fight every day an inconspicuous struggle for survival, where life holds only bitter surprises.

Mahmoud Gahaffari began his film career as a director of award-winning short films, also collaborating with Bahman Ghobadi and Asghar Fahradi, before directing his first feature films: It’s a Dream (In yek royast, 2012), Hair (Mou, 2016) and Shomareh 17 Soheila (Soheila No. 17, 2017), reaching a complete artistic maturity with The Apple Day, selected for the Berlinale and in competition at the Golden Apricot Film Festival in the regional Panorama section, where it won the Fipresci Prize and the Silver Apricot award. 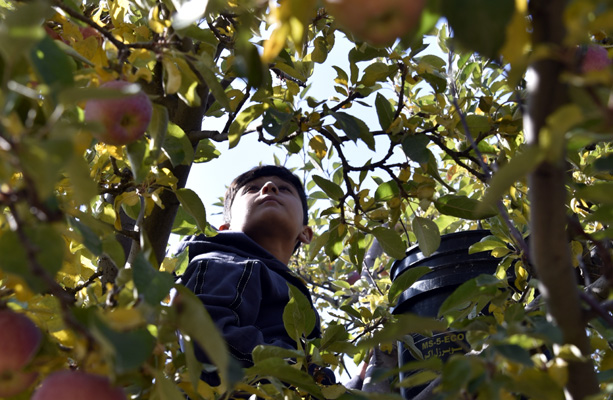 On the first day of school, as often happens all over the world, the teacher asks her students, including one of the little protagonists of the film, Mahdi, what his father’s occupation is. The idea is to have, through parents, goods for the whole class and thus learn the letters of the alphabet, but, in reality, this alleged lesson of community spirit publicly exposes the private misery of children and their social differences. Mahdi’s father sells apples, so he will have to bring a basket of apples for the whole class for the day. Seemingly no problem, as his father and older brother, Saeed, sell by the kilos every day through the streets of Tehran, while the mother rounds up by washing clothes. But fate is set against them: The truck of Mahdi and Saeed’s father was stolen with all the load of apples, throwing the whole family into despair. While the father first gets depressed then accepts increasingly degrading jobs, the mother starts a new business, not always completely clean.

The director’s attention, however, focuses above all on Saeed, who feels responsible for the basket of apples that his brother has to bring to school and gives himself to his soul so that his brother is not humiliated in front of the whole class.

The portrayal staged by Ghaffari is absolutely admirable. The debt to Italian neorealist cinema, particularly with Bicycles Thieves (Ladri di biciclette, 1948), is very evident, as is also the case in a lot of Iranian realist cinema of the last decades, from Abbas Kiarostami onwards. Compared to the latter director, there are many similarities with Where Is The Friend’s House? (Khane-ye doust kodjast?, 1987.

The director and screenwriter Ghaffari draws an extremely precise portrait of the world he describes, of its dynamics, with an almost documentary realism, succeeding in the magic of transforming (as great cinema and great art manage to do) such a particular story into one with universal symbolism. All the actors have such authenticity and, at times, naivety, so as to transform The Apple Day into an authentic human document, which crosses borders and epochs in the dramatic representation of poverty and the daily struggle of poor people, through the lens timelessly, thus depicting the microcosm of the family.

Of Dogs and Men