A Drama On Discovering Oneself

From A Dead-End Road, To Slowly Finding A Way
Gentle, Winner of the FIPRESCI Prize at Brussels International Film Festival 2022 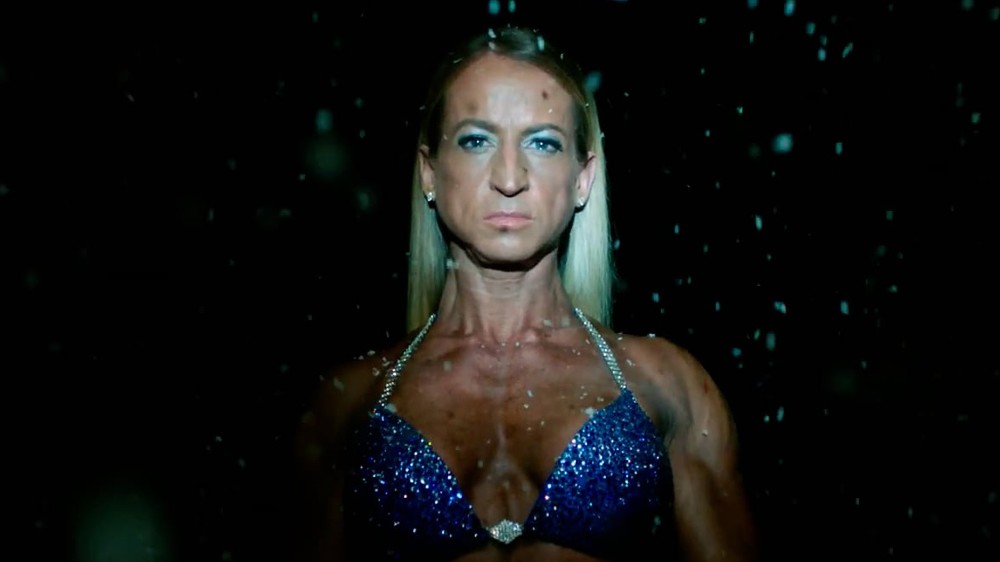 Edina (Eszter Csonka) is a bodybuilder. She is a highly dedicated contester, and her goal is to win the Miss Olympia. She is assisted by her manager and husband Adam (György Turós). To win the contest, it is crucial to eat the food on the diet list (and only that food), to do the training properly and to take the supplements (pills) to build muscles. The life Edina and Adam live together is directly dependent upon this one goal. Nothing else can stand in the way. But something is wrong. Edina begins to feel an uncertainty about how she lives her life.

Anna Nemes and László Csuja have made a film that is film art at its best. Gentle (Szelíd) tells a story about human beings. It does so in a most extraordinary way, and at the same time in a way that feels as if it was about anyone, even if the characters in some ways live differently than most other people.

In our statement for the prize ceremony, we in the FIPRESCI jury read:

“The picturesque quality of the film and its engaging protagonist draw us into an unknown universe that is yet so relatable. The impressive directorial duo injects both poetry and social commentary by showing us the condition of caged existences.”

As the story develops, we start doubting what we initially believed to be the quality of the relationship between the two. Early in the film it seems as if Adam has given up on his own career to help his wife create hers. Later it becomes more probable that it is Edina who actually is assisting her husband in his project; to achieve another success – by training her.

And then, we witness how Edina’s doubt takes her on an unpredictable journey that also involves other men, and especially one man, Krisztián (Csaba Krisztik). Even if she is also caged in this relationship, it represents a starting point for the next chapter of her life.

At first sight Gentle may seem like a film on body building. I would strongly argue that it is not. Its topic is more one of loneliness, and of how life sometimes takes us in directions that lead to dead-end roads.

The character of Edina is central to the story of this film. Eszter Csonka gives us a sensitive portrait of a woman who feels that something is wrong in her existence, and at the same is in doubt of what it may be. The many shots of her face and her glance give us what we need to feel with her, to discover some of her pain. Those scenes contrast the scenes from the gym, the competitions, and preparation for the competitions – where the exterior appearance of the body is focused. The images of these contrasting scenes make up a gripping aesthetic presentation that contributes to our engagement in the characters.

Gentle could be seen as a feministic film. But that perspective should be expanded on to fully understand the history. Adam is just as caged in his life as she is in hers. He does what he always has done and believes his actions to be good for them both. The difference between their positions is that he is more in control than her, and that he controls her more than she controls him. The power structure in their relationship is not equal. But neither Adam, nor Edina, sense this as we meet them for the first time. Eventually Edina dares to investigate her own emotional landscape.

The first part of the film feels so realistic that it almost gives us the feeling that we are watching a documentary. Later in the film Nemes and Csuja lead Edina – and us – to a more dream-like existence. And even so, these scenes are representing the possibilities for Edina to take control in her life. What may sound as some type of new age rubbish, is not. The whole story shows us the hard reality for a human being who has lost her direction. Her struggle is also realistic. But the filmmakers have helped us understand the journey between two types of realistic situations by their highly poetic cinematic language.

The Art Of Living