The Nordic Competition of the 45th Göteborg International Film Festival featured multiple films dealing with displacement, be it physical, spiritual, or both. Max Borg looks back on one specific example, Juho Kuosmanen’s Compartment No. 6. 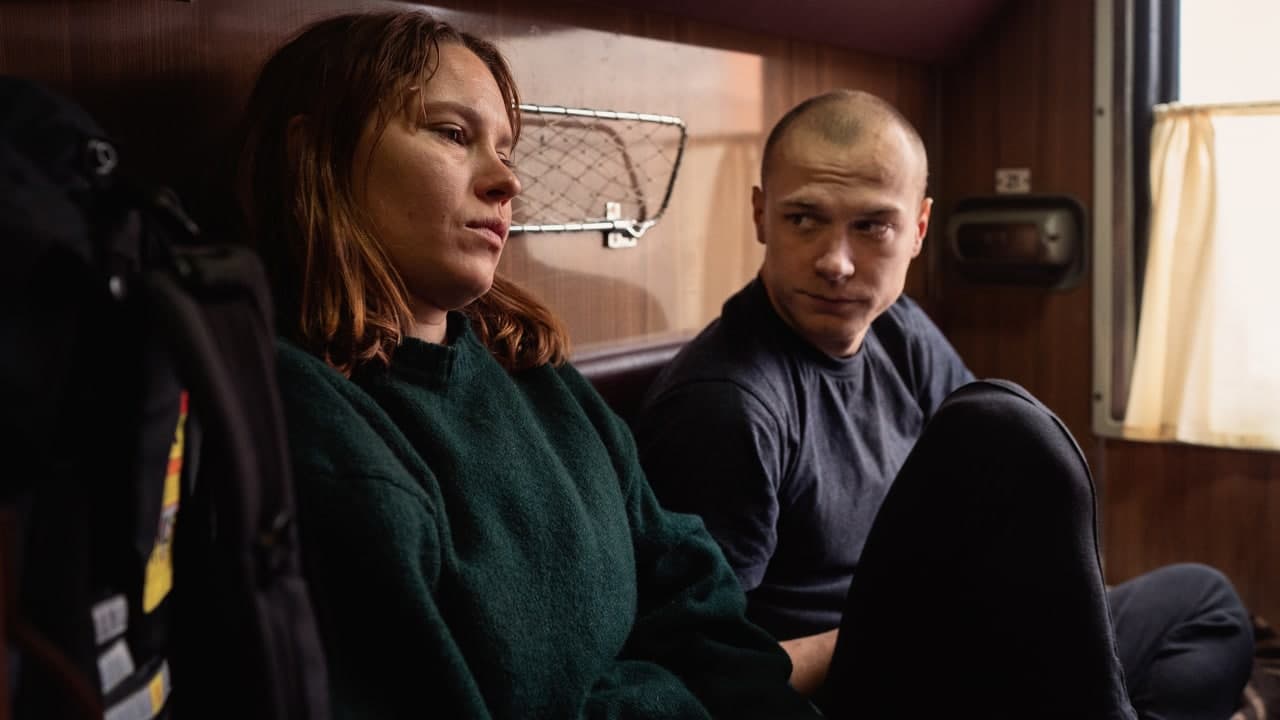 In 1986, French singer Desireless released the hit “Voyage, voyage”, which topped the charts in multiple countries and remains popular to this day. It is also around that time that the events of Rosa Liksom’s novel “Hytti nro 6” take place, making the song a fitting choice for the soundtrack of Juho Kuosmanen’s film adaptation, Compartment No. 6 (Hytti nro 6, 2021). Having premiered in Cannes in July 2021 and then played at various festivals across the globe, the film enjoyed its Swedish debut as part of the Nordic Competition at the 45th Göteborg International Film Festival.

Said competition had a thematic link of displacement, physical and/or spiritual, connecting several of the films, with Kuosmanen’s work standing out as the strongest example. With the displacement comes isolation, as the two main characters, a boorish Russian man and a female Finnish expat, find themselves in the same train compartment and, for a while, unable to come up with valid excuses to not interact. The film updates the chronology compared to the book, setting the story in the late ‘90s (a humorous reference to James Cameron’s Titanic (1997) is the main indication of this). Thus, it sidesteps the sociopolitical backdrop of the original text, set shortly before the fall of the Soviet Union, while still happening at a time when phone screens were not readily available as a distraction.

It harkens back to a seemingly simpler time, when we took travel pretty much for granted, and yet there’s a murkiness beneath, perfectly embodied using “Voyage, voyage” as a musical leitmotif. The song is upbeat and melancholy at the same time, with lyrics that, much like the film, deal with a journey in two senses, physical and interior. Laura (Seidi Haarla), the student who relocated from Helsinki to Moscow, is traveling to Murmansk to see the petroglyphs, but the long trip also finds her questioning her identity and purpose. Ljoha (Yuri Borisov) is headed in the same direction for work-related reasons, but being stuck in the compartment with Laura, who speaks Russian but might as well be from another galaxy in terms of how they interact initially, forces him to rethink his less charming personality traits.

While they gradually warm up to each other, against the backdrop of the cold Russian winter, the journey remains a fascinatingly idiosyncratic one, eschewing most road movie conventions to present a nuanced depiction of two human beings striking up a rapport that arguably goes against their better judgement. A rapport that is perhaps best summed up by what becomes their own little inside joke: a Finnish vulgarity disguised as an expression of affection, taking advantage of the language’s laconic ability to blur the lines between harsh insults and terms of endearment.

But perhaps most striking, in the context of the film’s festival career, is how the voyage motif transcends the on-screen narrative: much like Laura leaving her country to reinvent herself abroad, Compartment No. 6 is the rare Finnish production that has arguably been more successful internationally than at home. At least in terms of viewers: in Cannes, Karlovy Vary and Zurich, for example, theatres were filled at capacity, while the domestic release has been hampered by various restrictions (at the time of the national premiere at the Espoo Ciné event, the limit was 20 spectators, regardless of venue size). In fact, the Göteborg showings coincided with the impossibility to view any films in Finnish cinemas, as they were briefly subjected to a nationwide shutdown. The microcosm conjured by Kuosmanen does indeed harken back to a seemingly simpler time – one where that same microcosm wouldn’t have to struggle for breathing room in its own country’s movie theatres.

Universe of Fantasies and Excesses