Universe of Fantasies and Excesses

Presented in the Nordic competition, Excess Will Save Us is undoubtedly one of the great revelations of the last Goteborg International Film festival (in January, the film was presented also at the International Rotterdam Film Festival, which took place online this year, and was awarded by the Special Jury Prize). 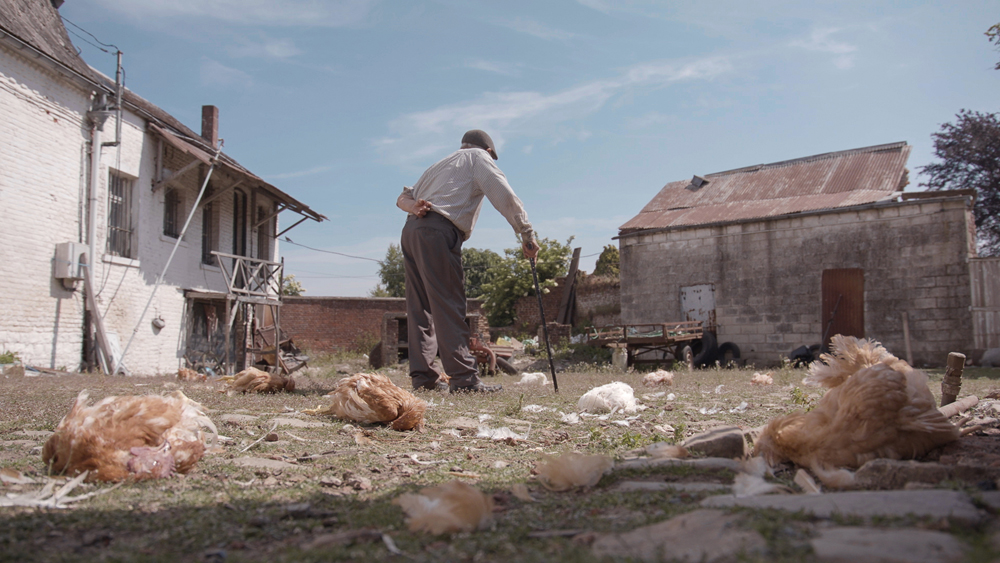 A first feature film by a French director now based in Sweden, it follows and extends her short film of the same title from 2018. The starting point of the feature film is the director’s return to her native land in the north of France, more precisely the small village of Villereau in the Nord department, a poor, abandoned region, marked by unemployment and misery, the same region where also Bruno Dumont shot some of his early features, such as The Life of Jesus (1997). This return is motivated by the idea of ​​making “a family portrait”, a film whose main characters are the director’s father Patrick, her uncle Patrice, and her cousin Faustine. A documentary starting point therefore, but it is very quickly disturbed, interrogated, questioned by fictional elements which throw a different light on the seemingly peaceful daily life of the village.

At the beginning, there are some gunshots heard in the surroundings, which makes everyone believe it’s a terrorist attack, and that leads to a police investigation. Little by little other strange events creep up, of which we begin to doubt if they are real or fictional, in particular the dramatic fire of the family farm which cost the life of Patrice’s wife, Eva, leaving his daughter, Faustine, an orphan. The latter, who is in fact a fictional character played by an actress, can be seen as a surrogate figure for the director because, like Morgane Dziurla-Petit some years before, she is driven by a devouring desire to leave this desolate land, this monotonous life, marked by boredom and endless waiting. It is also Faustine who reveals the racism of the inhabits of this village, since her romantic relationship with a young man of Arab origin is completely rejected by her family and be the other members of the community until the young man discourages and decides to leave the place.

A monotonous life, therefore, in appearance only, because the more the film progresses, the more the characters become increasingly bizarre, touched by eccentricity, even by madness. Like the director’s father, Patrick, who dreams of being a movie star after the presentation of the short film Excess Will Save Us at the Clermont-Ferrand International Short Film Festival. His “folie de grandeurs” and megalomania are such that he even decides to settle with his new wife in this (small) town where, according to him, everyone recognizes him. Or like this other case, which the regional newspaper headlines focus on – a dog belonging to one of the villagers who killed more than 30 chickens in a single night – an event on which the film put a totally different light: those are in fact the two Petit brothers who, under the influence of alcohol and depression, committed this massacre.

In an interview with Cineuropa, Morgane Dziurla-Petit explained that if life in the village can be seen as banal and boring, what goes on inside the minds of its inhabitants is not banal at all, and opens the window to a whole universe of fantasies and excesses (this is also the idea behind the title of the film). Thus, in Excess Will Save Us, Dziurla-Petit’s manages to tear the village of Villereau out from its anonymity and banality, and what could have become a formatted social documentary, as we see too often, is transformed by the director’s talent into a magical object, a fairy tale, but in which the fictional dimension is only a means to better patent the mystery of reality.