Even the most distracted tourist, walking through the streets of Guadalajara, could see that in Mexican life there are three permanent presences, an enigmatic and omnipresent triangle at every step: family, religion, and the culture of death. That deep-rooted sensitivity, which emerges from the labyrinths of the unconscious to street merchandising and souvenirs, was also echoed at the 37th FICG, at least in the competition of the nine films seen, analyzed, and evaluated by the FIPRESCI jury. A panoramic synthesis of young Mexican cinema, dedicated to first or second works, and each one of the films—at times suffocating because of their bleakness—in its own way made up part of this triptych on shared blood, beliefs beyond reason, and death.

Although there were several films that explored in their narratives the consanguineous dilemmas and nearness of the end (among them The Kingdom of God [winner of the FICG]), Courage (Coraje)—chosen by FIPRESCI—was the most daring and substantial in its originality. In its mise en scene, and its way of presenting twists to involve the viewer, the film noticeably departed from convention. 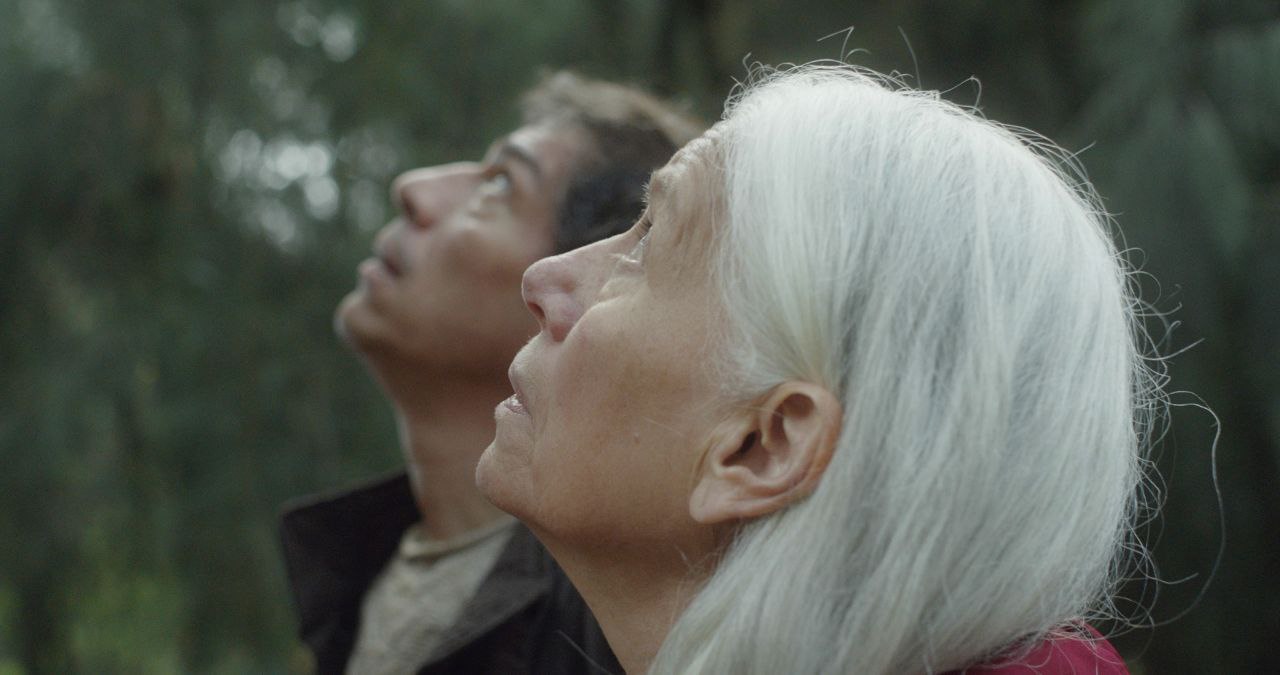 Now, when I find out as I write that Courage was the experienced actress Marta Aura’s last film before she died, it happens again (at least for me), for mysterious reasons, that cinema involuntarily achieves one of its most transcendent forms. For filmic and other random reasons, the feature film becomes an oracle that engages us, as viewers, in family confessions and omens in the darkness of a room (in a similar way to the very different Savage Nights by Cyril Collard).

Without a doubt, this is a comment that could sound risky and opportunistic, but it is Courage itself that is responsible for breaking the illusory fourth wall. In this way, it establishes a direct complicity with the viewer, in the footage it includes after the director calling “cut” in certain scenes, or when the protagonist reveals that the intense conversations with her friends, recorded in a journalistic style, follow a very personal pattern. There, when reality filters through and we abandon fiction, we see that the filmic object proposed by the director, and its possible meanings, are not reduced to the legitimate desire for entertainment. Rubén Rojo Aura, as an author, invites us to that conscious distancing from the inherent fantasy of witnessing/listening to a story, since it undresses the trick and subverts our perception regarding the intrigue. So, from that shattered perspective, he cultivates a progressive restlessness in the viewer that detonates when the final hour arrives. A small miracle, invisible to any script, that intoxicates us when we see, after an expected maternal hug, Marta Aura herself in a vain attempt to regain her composure by saying, out of character: “Enough, it’s just a fucking movie.”

All of the above would not be so unusual—but it is, because in Guadalajara the same director and screenwriter described Courage as “a family drama that has the peculiarity that the characters are inspired by or based on my mother and my brother, and besides they play themselves.”

To this game of mirrors and family memory, we must add that in fiction Marta Aura plays Alma, a veteran actress from the national theater company—just like in her real life—who fears being retired due to the ailments of old age. Added to the insecurity which overtakes her is the arrival of her son, Alejandro de Ella (Simón Guevara), a mature man whom she treats coldly and reproaches for his alcoholism. He, despite the years, still acts like a son mortified by the absence of his mother, and is emerging late in taking charge of his own life. In more than one way, Alejandro’s disorientation points to the contemporary crisis of masculine and heterosexual identity, especially in the differences between Alejandro and his old party partner.

Thus, with only a couple of wills in conflict, but with characters as close as a mother and her son, Rojo faces an intense dilemma, minimal in his intimate focus on these characters and at the same time universal in his identification. The family seen—at least as Courage puts it—as an inexorable chain, for the good fortune or misfortune of the members, is a union in which behavior patterns are repeated throughout its links. And for this reason, despite his advanced adulthood, Alejandro maintains fears tied to his childhood. Fears that the director fully illustrates, when Alma demands that her son not smoke at home, and Alejandro, after locking himself in his room in his mother’s house, lights a cigarette and after a few seconds ends up opening the window to hide the smoke.

Therein lies the core of Courage; the null maternal impulse of Alma, submerged by her hunger for the stage, creates doubt in the viewer about whether she is a heroine or villain. That priority is evident in her conversations with her friends, which at first appear as a break from the parallel stories between mother and son. The protagonist, there in the ease of chatting with her peers, without feeling any guilt, excuses herself by saying “my only meaning in life is to be an actress, not to be a mother.” In these dialogues, where the ferocity lies in its simplicity, the director decides to break the fourth wall for the first time, and build a bridge to other latitudes for the viewer’s analysis. Along the same lines, Rojo suggests that the mother recalls with annoyance her ex-husband in the figure of her son, as if Alejandro’s return home were the return of a ghost to collect accounts from the past.

In this search for style and a way of telling very personal stories, Rojo, for the most explicit action, alludes with greater or lesser conspicuousness to John Cassavetes (and a bit of All About Eve). The influence of Gloria’s filmmaker can be seen in how Rojo nervously narrates details in the long shots that follow Alejandro, such as when he advances with a bottle in his hand, with the confidence an alcoholic needs to feel comfortable at his ex’s party. Thus, the director manages to humanize his characters from the defect, from the problem; in Alejandro’s case because of his addiction, and in Alma’s because of the selfish postponement of maternal affection in pursuit of success. In this way, the tracking camera, the close-ups of parts of Alma’s body (which show her own physical afflictions), and the pan-focuses when she talks with her director are some of the resources of cinematographic language to show the awareness of the characters regarding their own suffering.

To conclude with the allusion to Cassavetes, there is an inescapable nod to Opening Night—beyond the coincidence with the world of theater and its protagonists—which appears when Alma drives out of the theater and apparently runs over someone or something. This exploration, to express emotions with very familiar material, is in tune with Rojo’s references and makes him look like an heir to the fertile work of the author of Faces.

It is not easy to measure a work like Courage, which disturbs and excites thanks to ambitious staging that requires the viewer to concentrate and, above all, maintain the capacity for amazement. Because the great metamorphosis of the film is how the way to tell a story transforms the screen into a confessional, and invites us to be part of a family secret that is more than “a fucking movie.”

The Voices That Emerge