Tomasz Winski’s debut feature Borders of Love (Hranice Lásky) is a reflection on the complexity of human relations, love and sexuality. The film’s main question is whether it is possible to openly have sexual affairs with others and still maintain a warm, loving relationship with your spouse. 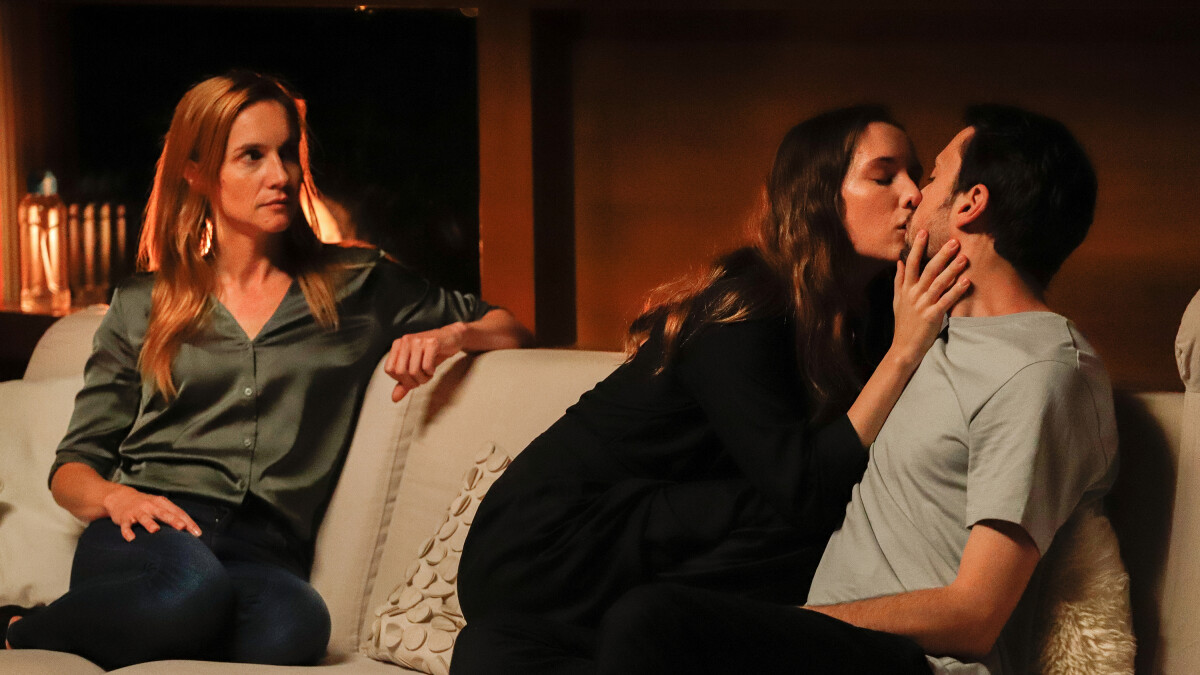 Hana (Hana Vagnerová) and Petr (Matyas Reznicek) have been living together for quite some time. They may be described as memory collectors, filming conversations and situations with their mobile phone. At one point, the conversations turn into sexual fantasies, and a certain fantasy moves into the focus: the possibility of having non-committal sex with others. The thought leads to action, and limits are pushed.

The strength of Winski’s film is its curious, humorous and gentle approach to the subject. The director/screenwriter and his co-writers (Katerina Jandácková, Hana Vagnerová) view the characters with warmth, sweetness and respect, showing us their individuality and different reasons for acting and living as they do. This goes for the random lovers as well as the polyamorous couples Hana and Petr meet along the way. But the film also provides a lot of nuance and surprises, and a lot of opportunities for a good laugh. The result is a film with rich and deep reflections on a subject that can be experienced as equally provocative and teasing.

Filming sex scenes can be challenging in so many ways. They have to be intimate but not too pornographic; they have to be credible, and not ruled by the male gaze. Borders of Love manages this in a sexy, but also convincing way. The scenes are gentle and honest, making room for both deep love and tenderness, and pure desire.

The use of mobile recording as a part of the film might already feel a little old fashioned or generally overused. However, Winski integrates the recordings in a plausible way, making them a part of Hana and Petr’s life and love story. At some point, they lose their recordings, or “memory box”, and have to start the process all over again, creating new memories. This serves as an echo of Petr’s experience during the experimental process he and Hana are in. He loses the memory of Hana as she was in their earlier intimate relation and is left with a newly created memory that is hard to live with.

By letting Petr become increasingly reluctant to the whole idea of free sex outside his and Hana’s relationship, the filmmakers both turn the gender expectations upside down, and point out the male need for intimacy and faithfulness. But this is also tricky. This review has to incorporate and acknowledge the discussions going on after the screening. “In the end, the film preaches bourgeois values, and worst of all, double standards for men and women, rooted in misogyny. Satisfying conclusion for the value conservative, but deeply problematic”. (quote: Peter Stuart Robinson). I see his point, but my response is: If it had been the other way around, maybe she would have had the same thoughts about seeing him with others?

Maybe the film, subtly, points at this, without pointing?

Or maybe it’s just acknowledging the one, blurry, and wavering lines between wanting to be open-minded but at the same time taking care of your emotions and borders.

An interesting thought is imagining an extended version of the film, one that gives a kind of dual, “sliding doors”, point of view, one male and one female. But that, of course, is asking for an entirely different film.

To conclude: one of the qualities of this film lies in how it sparks discussion. Among some nice and – unfortunately – quite a lot of mediocre films at the festival, Borders of Love was amongst those that engaged long talks and analytical discussions.