Short films are regularly not taken seriously. They are written off as videos or lesser forms of films. The short film is not only a film genre, but also a medium in itself – just as animation is both. Despite the fact that the short film sometimes manages to encompass the magic of filmmaking better than longer feature films, it is still too regularly looked down upon.

Fortunately, there are still festivals that know how to highlight the magic of the short film. One of these festivals is the Regard International Short Film Festival in Saguenay.

The 26th edition of the Regard Festival in Saguenay cannot be described without mentioning the enthusiasm of the (Canadian) guests. As a newcomer to a country that was quite unknown to me, I was welcomed with open arms by all the regular and returning guests. Even though communicating through two different languages – French and English – was not always easy, it was abundantly clear that the Canadians love to organize the Regard Festival. They are proud of their festival and that is an amazing sight to see.

I attended the 26th edition of the Regard Festival in Saguenay which took place from March 23 to 27, 2022. After an almost 7-hour flight from Amsterdam to Montréal, and the day after a 5-hour bus ride from Montréal to Saguenay, I was pretty much devastated. The enthusiastic and warm welcome from everyone made me feel my energy levels rising again.

To select the FIPRESCI award, I had to watch 30 films from the Regard Festival national competition along with my two fellow jurors – Jason Gorber from Canada and Flavio Lira from Uruguay. This year’s selection of films contained a fair amount of good to excellent films. As is usual with any festival, not every film appealed to me equally. In fact, there are some films among them that I would call downright bad or disappointing.

Belle River is not one of these bad or disappointing films. At first, it is still unclear what we are watching. The closer we get to the realization that this is a movie about flooded civilizations, the more disturbing the images become. The sound enhances the unsettling feeling.

Another film that also appealed to me was Brasier by director Emilie Mannering. Her vision of how younger women discuss their sex lives among themselves is certainly special. She directs the cast in a way that makes for believable acting. These are teenagers who literally act like explosive and curious kids. The use of symbolism is super! Mannering shows how a fiery subject like sex – can also be considered tremendously dirty and confusing at a young age.

Falena is also a film that I liked. Unlike some of the other films in the competition, Falena throws you right into the middle of the story. At the same time, director Nancy Pettinicchio plays with the reflections (and in extension the perceptions) of the protagonist. How does this character see herself? There is a lot of use of mirror reflections, to which the subject of nude photography is connected. The camera work is also top notch.

The camerawork enhances both the quiet and busy moments from the story. The director also places the camera at deliberate distances from the characters at certain moments in the story. For example, in the beginning of the film, she places the camera close to the two girlfriends, as they are still together a lot at this point. When they say goodbye to each other, because one of them is moving, the camera deliberately stays at a distance – which is a wonderful metaphor for their goodbyes. Falena is definitely a strong short feature debut for Pettinicchio.

Another personal favorite of mine is Grand Frère by director Rémi St-Michel. It is a heartwarming short film that shows the importance of an older brother as a role model. Grand Frère managed to strike a personal chord with me, and in addition, I just love the dancing interlude in the middle of the film. The themes in this short film are relatable to me, being a big brother myself and at the same time having had the luxury of growing up with an older cousin as a brother. The way the relationship between two brothers changes is simultaneously beautiful, special and sad – and Grand 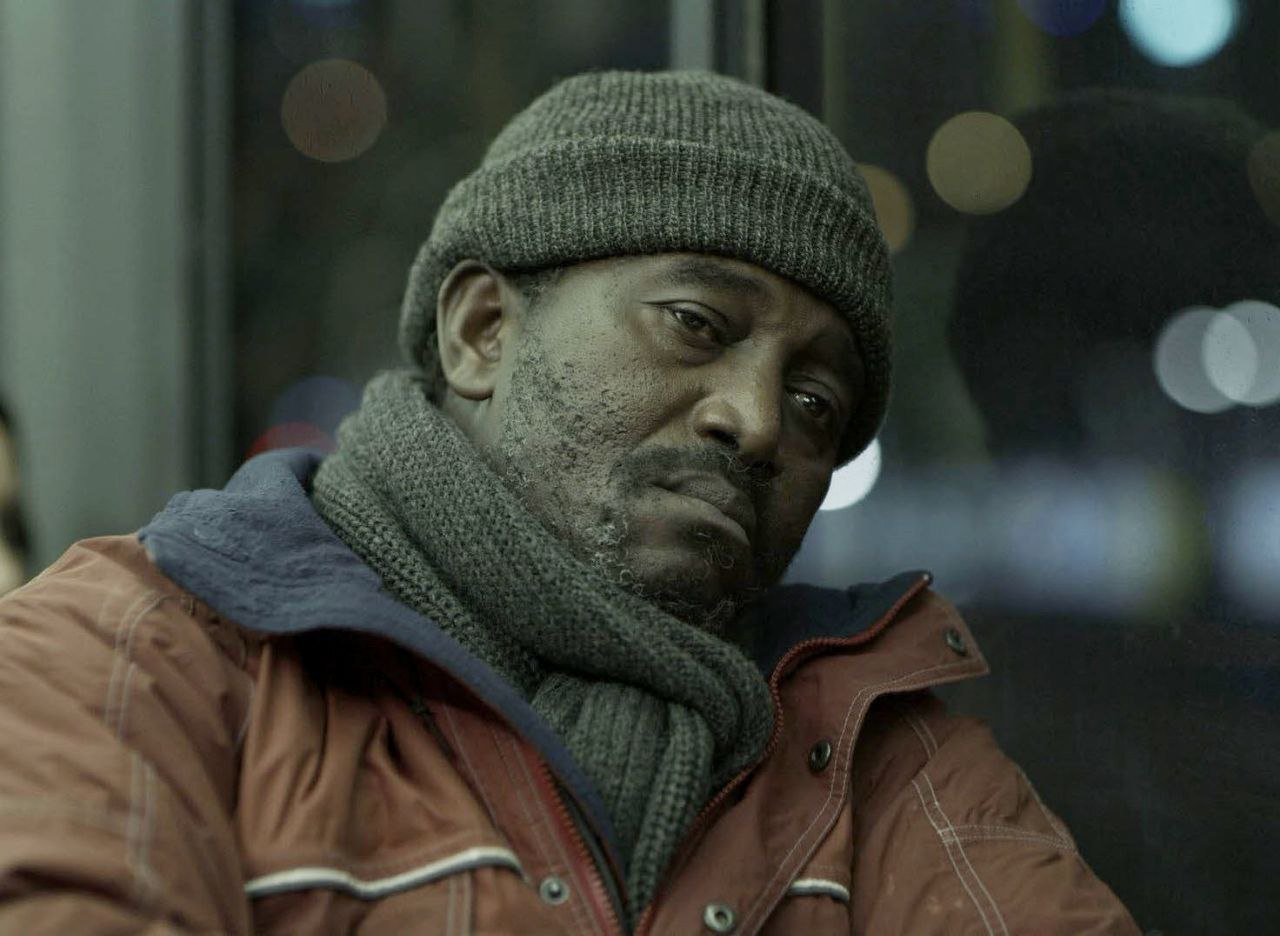 Frère manages to capture it all in a mere 18 minutes of playtime. Bravo!

10 femmes au téléphone did disappoint me as a film. Filmmaker Julie Roy does a good job of creating the feeling that we are watching an absurd Kubrick-like satire. The last minute of the film reminded me immensely of the satirical humor and dark tone of Kubrick’s A Clockwork Orange. The idea of connecting ten women via phone calls is a fun concept. The idea that everyone is linked through each other to a missing person is also a top idea. However, this is a short film that could have worked better as a feature-length film.

The film ends in its last minute fast-paced story. The concept of this is that they forget about another person by having them try to find the missing person. This is a fun concept for a movie, but unfortunately Julie Roy as the director executes this idea poorly in her film. We barely get to see anything of either the missing person, the woman who is forgotten, so as a viewer we barely connect with these two people.

I was much more invested in the stories surrounding the other women. So on a tonal level, the film is also oddly constructed, in that it contains several small storylines, each with its own genre or tonal themes. I also did not find director Maziyar Khatam’s short comedy film BUMP particularly interesting. As a film, BUMP relies too much on the acting and dialogue from the screenplay. Other than that, the film has very little to offer. Even the comic timing is downright disappointing. When something funny seems to be happening, cars appear in front of it. As a result, you don’t even see the joke play out, which left me feeling frustrated rather than entertained as a viewer.

Finally, I would also like to mention Ousmane by director Jorge Camarotti. I had the amazing opportunity to speak to this director in person during one of the networking events. The way the film plays out and is shot made me feel like I was watching the film through a diorama. Just as Ousmane is looking through a diorama in the film. Of all the narrative short films, Ousmane is the one that left the biggest impression on me. As a film, Ousmane feels like a melancholy Wes Anderson film.

The cast of the film is impressive. In particular, the actor who plays Ousmane and the actress who plays Edith are magnificent. Ousmane is a personal story in which the director has returned too many topics from his own life story. In addition, Camarotti manages to get so much said through the cast. A facial expression or a pose regularly says so much more in this film than dialogue could have done. Ousmane is a great film, and I am therefore looking forward immensely to seeing Camarotti turn this into a feature length film (which he has confirmed he will do).

Regarding films outside of the national competition

One of the films I saw outside the national competition was Kiss me, “Embrasse-moi donc”. A short feature debut that is reminiscent of Quentin Tarantino’s early films in terms of the story progression. Here I’m not just talking about how the story is put together, but also the atmosphere of the short film. The story of Kiss me takes place simultaneously in the past and the present. The storylines are intertwined, which makes it difficult at first to know what kind of story you are watching. To me it seems as if director Laetitia Mallette wanted to make a melodramatic and emotional bad trip with her film.

This is something she certainly succeeded in doing. Mallette’s conscious directing choices are not on the same level as Tarantino in his early years, but her first film Kiss me bodes well for her future as a director and screenwriter. In addition to making a film as a director that plays with the audience’s feelings, Mallette has also managed to make a film that is likely to get better with each viewing. In addition, the acting of the cast is quite good. The cast knows how to play on the emotions of the audience well and believably. If I had to name one obvious downside it would be that Mallette has not yet fully mastered the technique of a clear story progression. Still, it is a powerful short feature debut for director Laetitia Mallette.

For the Regard festival, we as FIPRESCI jury were allowed to crown one film as the winner. At the jury meeting, we quickly agreed that our winner would be Nuisance Bear. Nuisance Bear is a short documentary that is incredibly well made. Directors Gabriela Osio Vanden and Jack Weisman both have backgrounds as cinematographers and it shows in their work as directors. They manage to capture some of the most breathtaking, sad and beautiful images in a short documentary. The transitions in the editing are also powerfully executed.

The director duo is in clear control and know exactly when to show which image to the audience. This cannot be called anything other than masterful. And that is also what Nuisance Bear is. A masterfully put together film that manages to tell the story it wants to tell with exact precision. For these reasons, and many more, the FIPRESCI jury therefore decided to give the award to Gabriela Osio Vanden and Jack Weisman for Nuisance Bear.