Pier Paolo Pasolini and His Search for Authenticity

Teorema by Pier Paolo Pasolini was restored and presented in the Classics section at the 79th Venice International Film Festival. Celebrating the centenary of Pier Paolo Pasolini’s birth, the restoration of Teorema (1968) came through a collaboration between Fondazione Cineteca Bologna, Mondo TV Group, Cinema Communications Services and the ‘L’immagine Ritrovata’ laboratory. At its original world premiere in 1968, Laura Betti won the ‘Coppa Volpi’ for best female actress, while the film was awarded the Jury prize by the Office Catholique International di Cinema. 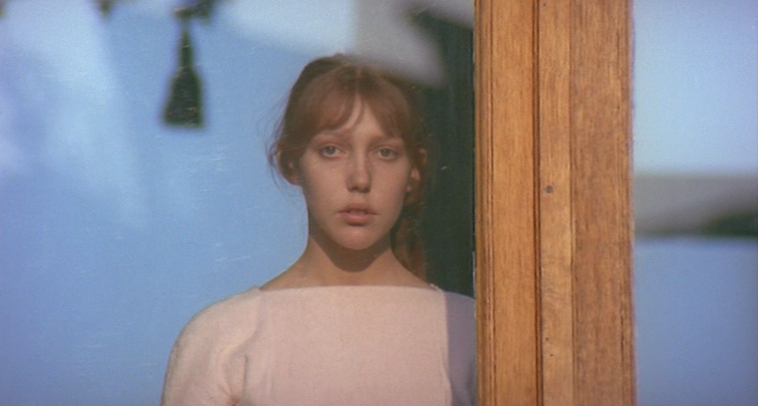 Pasolini’s works are full of passionate rigour, emphasising the conflict of national peripheries. Often featuring young people dressed in tattered clothes under a scorching sun, they find themselves in dangerous entanglements chasing frivolous dreams — escaping a life of misery, both fascinated and deluded by the mirages of a city. Pasolini takes his audience to forgotten pockets of civilisation, writing stories of tormented lives intertwined with the mysterious and disordered vitality of his characters. The discovery of these forgotten places is both terrible and wonderful.

All of the slums in the world are governed by ferocious codes and provided Pasolini a source of inspiration for his literary and cinematographic productions. The novel Life Boys was published in 1955 and became a literary scandal due to the problems it dealt with. Pasolini and his publisher Garzanti were sued, however they were given full acquittal in 1956.  These were the years in which Pasolini began to collaborate with directors such as Soldati, Bolognini and Fellini and he co-wrote the screenplay for The Nights of Cabiria with the latter. Pasolini made his debut with Accattone (1961), presented in the Out of Competition programme at the Venice International Film Festival. Pasolini lays bare the truthfulness of emotions and instincts, attributing to cinema the ability to capture glimpses of reality through the faces and bodies of marginalised young people, who are now given a voice. Pasolini later wrote Mamma Roma (1961), The Gospel According to St. Matthew (1964) and The Hawks and the Sparrows (1966), all bathed in a magical neorealist style.

What does cinema express for Pasolini? Pasolini pours all his restlessness into his cinematography, writing nonconformist and experimental literary and cinematographic works, trying to shake the conscience of his audience. The Hawks and the Sparrows (1966) is a bitter yet delightful and allegorical fairy tale, which tells the story of a father and son embarking on a journey between the suburbs and the countryside. However, their wanderings are pursued by the nagging questions of a hopping crow; in the film, the crow represents the left intellectual know-it-all. The pilgrimages taken on by the characters are punctuated by symbolic encounters which point towards an awareness of the Marxist crisis. Through his film, Pasolini argues that Italians are assimilating the dynamics of modernity: the images of Togliatti’s funeral, like those of the crow first killed and then eaten, are the metaphor of anthropological changes.

Pasolini later brings the bourgeoisie to the big screen with Teorema, premiering at the Venice International Film Festival in 1968, However, the festival atmosphere is mixed due to the tension stirred by the student riots. Teorema is a work capable of arousing infinite reflections, as it witnesses the disintegration of a bourgeois family and stirs a critical question: have the bourgeois truly undergone change? A telegram carried by a jovial and bobbling Angelino (Ninetto Davoli) announces the visit of a handsome man referred to as the ‘Guest’ who interacts with the whole family. His sudden departure causes an emotional upheaval within the family nucleus, but the family maid Emilia (Laura Betti) remains unperturbed. In this film, sexuality is a clear metaphor and a harbinger of dramatic changes experienced by the protagonists in the deafening silence of their majestic villa. Lucia discovers her sexuality, Paolo strips off his possessions by embracing poverty, his son Pietro takes refuge in art and Odetta falls into a catatonic state. Only the maid, Emilia, rises to a sanctity that materialises with the rising of her body while the crowd cries out for a miracle. The life of this once peaceful but not happy bourgeois family has lost its identity, as the old theories and logic of the past have undergone change and are no longer able to support new life values.

What Are Film Festivals For?