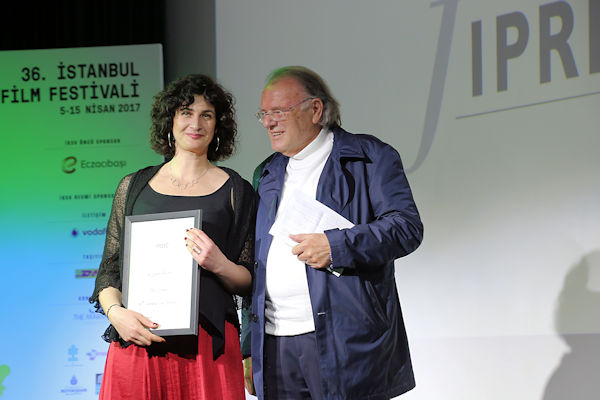 The Award Ceremony. Pelin Esmer, the Turkish filmmaker, won the FIPRESCI Prize / National Tulip Competition for her film “Something Useful”. On the photo with FIPRESCI General Secretary Klaus Eder. The Critics Prize for a film in the international competition: “In Between”. Best short film: “Outskirts”.