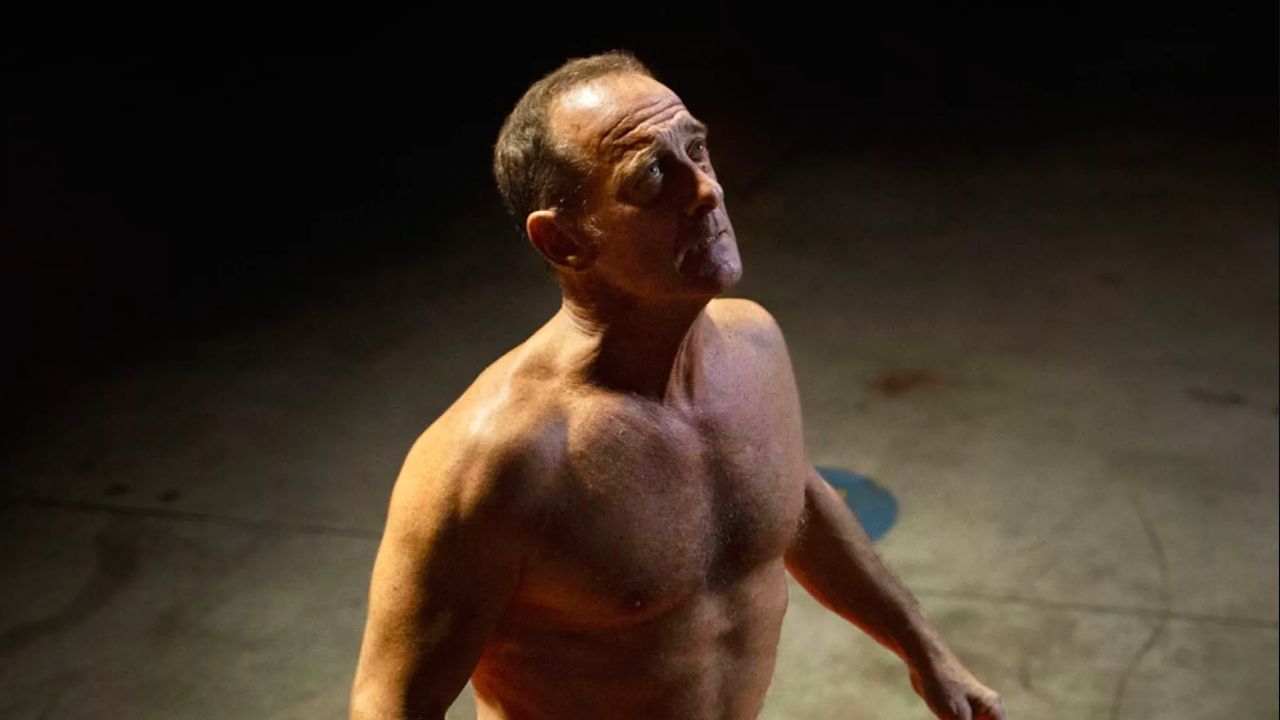 Titane (2021) was one of the most anticipated films in Cannes this year, and the fact that it received the Palme d’Or could change many things. Or everything. Who knows.

In 2016, Julia Ducournaus directorial debut Raw (Grave) hit the festival in a similar, truly spectacular way, winning the FIPRESCI award for best film in the parallel sections category which energized the career of the then 33-year-old filmmaker. Suddenly, a new name stood out with a personality as sick as it is perfectionist, and one that opened up the question whether she would be able to maintain such a magnetic and irresistible start. Now, five years later, Titane is the astonishing answer.

The film is based on several puzzles: on the one hand, a series of crimes for no apparent reason, and on the other the disappearance of a boy ten years ago, who is finally reunited with his father. Vincent Lindon plays the latter like one of Daniel Clowes’ bizarre masculine cartoon characters in his graphic novel Like a Velvet Glove Cast in Iron. And the always disturbing Agathe Rouselle accompanies him, playing a girl with an identity that seems born from the extremes of Brian De Palma and Abel Ferrara. A legendary interpretive duet of two characters in search of their human condition but from different directions and with an equally impossible task at hand.

Considering the promotional phrase for Titane one can already guess what kind of film Julia Ducournau is creating by identifying titanium as a metal highly resistant to fire and corrosion. This is a film that is defined by physicality: the lived and the desired, the flesh and the metal, the one that makes us inhumanly human and the one that makes us humanly inhuman. Ducournau, as already visible in Raw, wants to be more Cronenbergian than David Cronenberg – the film genius of ‘the new flesh’, fascinated by the texture of the wounds, the artificial carnality, the twisted metal. He seems to have found his best apprentice in the young French director and, while watching Titane, it’s hard not to think about all the references to films such as Videodrome (1983), eXistenZ (1999) and, in particular, Crash (1996). Ducournaus film offers an intense attention, both completely poetic and obsessive, to the interaction between metal, flesh and fire, in what could as an ode to motoring, however, signed by a young soul with a definitely dark, complex and fascinating will that is worthy of Gaspar Noe’s transcendental existentialism in Enter the Void (2009), the perverse and metallic love in the music video to Björk’s All is full of love directed by Chris Cunningham, or the grotesque multicolored moral Nicolas Winding Refn applies in The Neon Demon (2016).

Ducournau is the second woman to win the Palme d’Or after Jane Campion who received the prize in 1993 for The Piano, but she is the first to do so without the ex aequo condition. The actual importance of this gesture in terms of gender politics seems obvious, but we must also note that Titane is a fantastical genre film, something not at all common in the history of the festival. The monster has entered the canon. Be prepared.