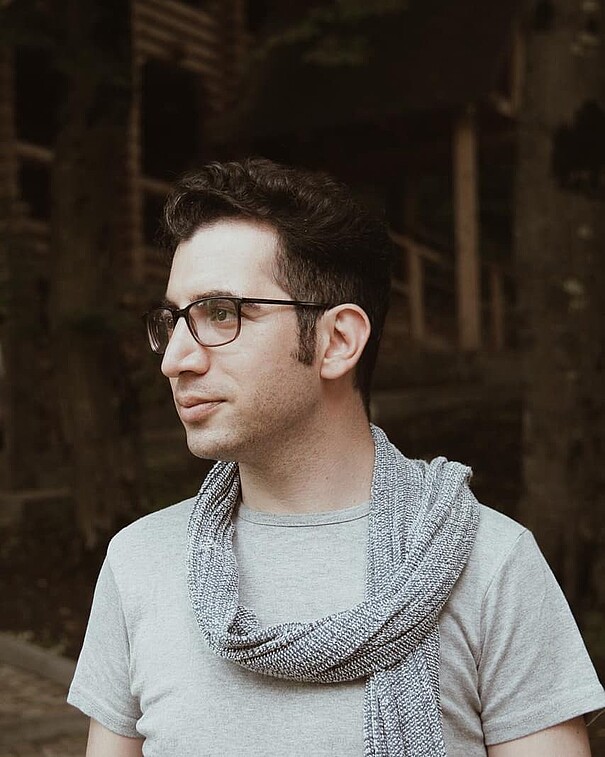 Hamed Soleimanzadeh is an International Film Critic, Researcher,  Filmmaker, Actor, Author, Translator, and University teacher. He is the official member of the House of Cinema (The Iranian Alliance of Motion Picture Guilds), the Institute of Documentary Film (IDF), The International Federation of Film Critics (FIPRESCI), and the Iranian Short Film Association (ISFA). He Is holding a Ph.D. degree in Art Research (Film Studies) and he is currently working with the UdK University in Berlin (funded by Einstein Stiftung) as a researcher in the field of Film and Philosophy.

As a filmmaker, he has made several short films and documentaries. “What would you like to see before you die?” was his last short film made in Berlin in 2022.

Daily Deliriums of the Sleeping Man, A cinema in Iran: Sohrab Shahid saless Cinema and A glimpse into the history of French cinema are among his writings published by Dibaye Publications, Tehran University, and Lambert publication respectively. He is the author of hundreds of international articles on film, Philosophy, and theatre subjects and is recognized as an international researcher in the field of cinema and theatre.