Remembering How It Felt 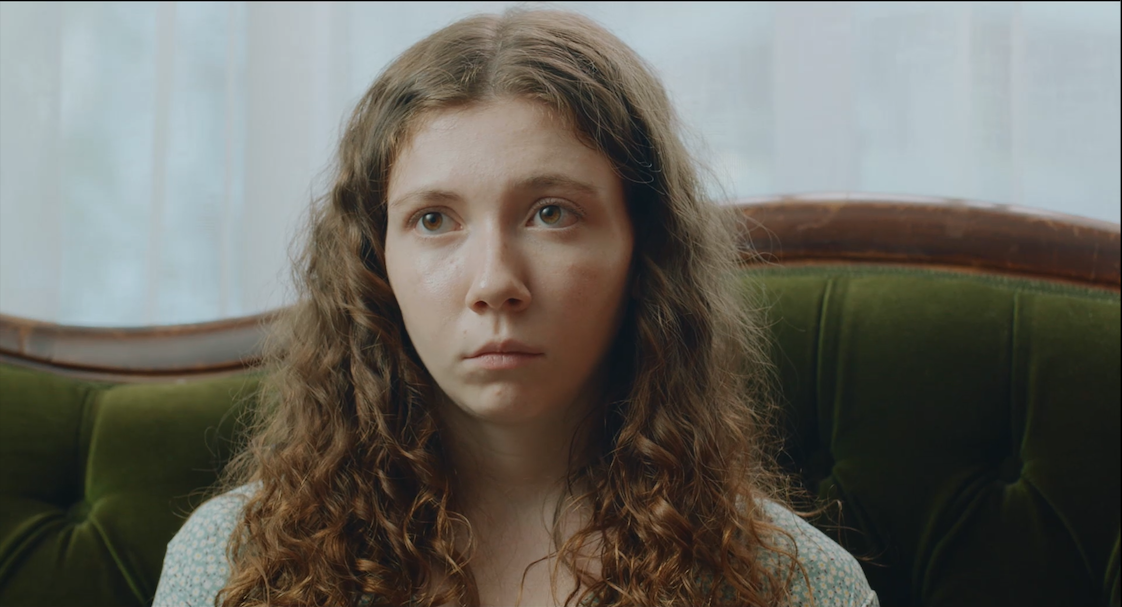 Ziya Demirel’s first feature, Ela and Hilmi with Ali, tells the story of a triangle, and the title gives away its three corners: Hilmi, a math teacher, Ela, her young wife, and Ali, the neighbor’s 15-year-old son. Demirel keeps the corners fixed and experiments with edges and the different triangles they create. The distance between the three changes in a humorous but also tense way, and they are always somehow intimate and dependent on each other. Blame it on the setting: We are stuck with them in a cozy-looking apartment decorated in a 90s fashion, which becomes a low-key prison for Ela when Hilmi’s at work. The sensual and almost erotic camerawork reflects the weird sexual tension between the characters.

Hilmi teaches geometry, triangles, rectangles, and all sorts of measurable shapes with definite boundaries. The way he lives his life is also controlled; he is shy, gentle, waiting for Ela to be ready to love him – he knows his boundaries and knows “where to stop.” However, he also teaches probability and combination, a topic Ela is good at, while Ali, not so much. In each scene, we see subtle hints of a different combination of Ela, Hilmi, and Ali, not as a reality, but as a probability. Each moment points to another what-if. What if, Ela and Hilmi were wife and husband, Ela and Ali were lovers, Hilmi and Ela were teacher and student, Hilmi and Ali were father and son, Ela and Ali were siblings, Ela, Hilmi, and Ali were friends, Ela, Hilmi and Ali were a family? This is not your average love triangle story, the characters do not evolve linearly. Instead, they run in circles, hang around a bit, and then go back to where they were – or will be. The ups and downs of the story mimic the treacherous law of desire intertwined with its evil twin, power-play.

Ela is just probability for Hilmi, something he can keep in the apartment but never hold on to or possess. A survivor of one of Turkey’s biggest earthquakes in 1999, Ela is mostly blank, with a face you can read nothing on, occasionally speaking with a deadpan voice. Is it trauma? Apathy? Fear or anxiety? Lack of love and care? The pain of growing up? Or is it just Ela? Is she just like this and nothing more? The film never gives us strict answers, only cues, probabilities, and combinations. However, this highly calculated ambiguity is not the only virtue of the film. Demirel balances the disturbing instability and obscurity of the characters with his control of the setting and the objects. A piece of misplaced furniture, a noisy vacuum cleaner, a never-shutting-up telephone, a big old computer. They all have a heavy and palpable existence, keeping the characters in order and giving them a temporary purpose, an anchor in life. It is the late 1990s, early 2000s, the last analog age. Everything is still tangible, and even computer games require heavy, mechanical hardware. Ela and Hilmi with Ali remembers the past with all its tactility and reminds us how it felt. In one scene, we hear the sound of an old Turkish television show in the background where a guy teaches English by idiosyncratic method, a show that everyone who lived in Turkey during the 90s knows. It’s the sound of the show that marks the time, not the news, though. The film is not interested in describing the past through hackneyed narrative shortcuts. The guy on TV teaches the word “dungeon.” Ela draws a circle and traps a small insect inside. She’s also in a circle, possibly with a man she was forced to marry.

Apart from its cinematic and narrative virtues, the way Ela and Hilmi with Ali remembers – and imagines – the local past is distinctive in its subtlety and sensuality. Demirel and his co-writer Nazlı Elif Durlu instinctively bring many local cues, sounds, objects, textures, and colors into the story and surround their characters with them. Sometimes they create a home, sometimes a prison, and sometimes a playground – a metaphor for pretty much everything and everywhere.

Drown in a Vortex!

The Art of Being Yourself