Malayan Film Treat. In this journey through highlights, both from the Main Competition and International Competition sections, Viera Langerova comapares the well crafted films with the otherwise indifferent ones.

The FIPRESCI jury has worked online this year because of complicated conditions caused by the  pandemic and also the beginning of the war in Ukraine. The interesting context of Kerala culture was presented through Malayan films, giving us the distant flair of a country which is not only the dream tourist destination but also the hub of pulsating cinematographical life.

The competition of local films has opened the world of stories ilustrating the common life framed by its social and political conditions. They were far from the simple mapping the surface. They went further and tried to grasp the fibres of the cultural or artistic imagination revealing the deeper ties of beliefs and values.

This was the case of the winning film The Arbit Documentation of Amphibian Hunt, directed by Krishand Rk. It starts with the scientific search for rare animals living in the swamps. We can hear the description and explanation of the expert and see the real scientific exploration of the unique amphibian species. This narrative strategy refers to the genre style of mockumentary, the part imitating the credibility of the phenomenon. The real story follows. We are with the family of poor fisherman. The sea doesn’t give the chance to feed all of them, so the daughter Lissy works in the local prawns factory. Its owner, one of two brothers with a semi-criminal past, wants to marry her. The girls refusal makes both of them furious and they are coming to the fisherman’s house with the rageous attempt to revenge such an “arogant” decision. They face the powerful resistance from the huge bold helper. This mystic figure who can talk to fish and any sea and swamp creatures, has the precious talent to fulfill the fisherman nets with rich catch. He is the main character in next two chapters, telling the fairy-tale story of the magician helping people to improve their scarce life resources. The director is using the wider media and scientific research covering the existence of enigmatic man changing his shape from a human to animal like existence.

The original structure shifts from one genre to another, the classical social drama and melodramatic love story, to ironical and even humorous hunt, mapped by media commentaries and scientific puzzles. It also offers the charming lay out of local life and culture and makes this film unique.

The quality of the other Malayan titles was not so convincing. The promising story of Allusion, situated in the Buddhist garden Shangi-la, guarded by a ticket man who had never entered into the place of beauty and peace, is broken at the moment when a young man has a chance to step out of his post and complete the mysterious walk. The black and white forceful visual style was unfortunately its only asset.

A more compact narrative was presented in two other films; Who Knows by director Sanu Varghese and Forbidden by director Tary Ramujana, awarded in the Official Competition as the best debut. The first one tells the story of a married couple who come to Kerala from Mumbai to sell the property of the woman’s father as the husband of her deceased sister has many debts to pay. Tragedy soon strikes on a construction site. The Bengali man has accidently died and his realtive tries to organize the burial ritual with the help of a local woman called Chaavi, the midwife who has her own problems after the sudden death of her newborn baby.

After viewing the whole sample of new Malayan films, all made in 2021, it’s apparent for the outside film critics, that the original and interesting local stories needs more attentive and detailed development of the narrative structures and less endeavour to fulfill the ambitious proof of formal experimental skills.

The selection of the International Competition films was defined by the festival focus to the territories of Asia, Africa and Latin America. The FIPRESCI jury selected unanimously the film You Resemble Me (a co-production of USA, France and Egypt) by director Dina Salah Amer. It is situated to the perspective of French Arabs and tells the story of two teenage sisters Hasna and Mariam, separated from their irresponsible mother and raised in different families. After some years we are following the fate of Hasna (the role was played by the director herself) who tries to find her place in society. The problems with social positioning bring her to the circle of ISIL recruiters and this moment has fatal consequences. The professionaly completed social drama touches multilevel actual problems and also performs deep human values.

The map of human destinies captured in competiton films is wide, dealing with environmental problems in Costa Brava Lebanon by Lebanese film director Mounia Akl, the political turbulences of Palestine territorry in Let It Be Morning by Eran Kolirin, telling the story of a man stuck in the village where he came from, for a family wedding. Because of unknown reasons the village is closed for a unspecified time. 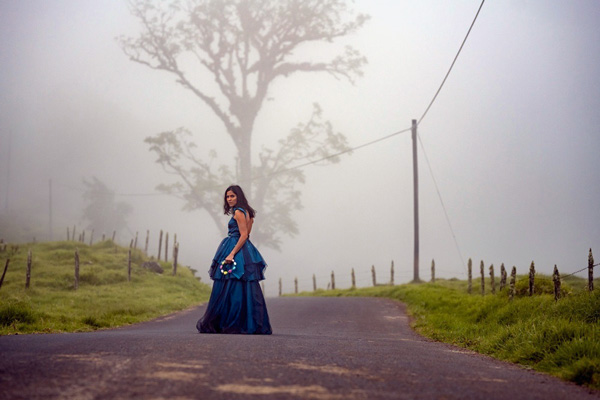 The best film of the international competition was the Costa Rician entry Clara Sola by Nathalie Álvaréz Mesén, a film exploring the exotic natural setting as the background for the sexual awakening of a forty-something local healer, Clara and her tender feelings towards Santiago.

The Russian film Captain Volkonogov Escaped (a co-production of Russia, Estonia, France) by the directorial duo of Natalia Merkulova and Alexei Chupov comes back to the Stalinist 1930s and follows the increasing revolt of a man who wittnessed, as a member of KGB, its brutal everyday practice. Finally, he steals the death reports from the archive and brings them to the families with apologies. The film was also selected for competition at the Venice IFF. 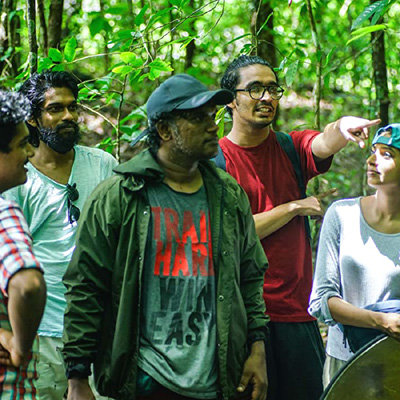 Along with the film The Arbit Documentation of Amphibian Hunt, India was represented by two other films; I ‘m Not River Jhelum by Prabash Chandra, a story from the Kashmir border between Pakistan and India, and the charming Pebbles by Vinothray P.S. The touching plot of a family crisis caused by a violent father subdued by his little son, a collector of pebbles, serves as a metaphor of his uneasy but courageously standard life.