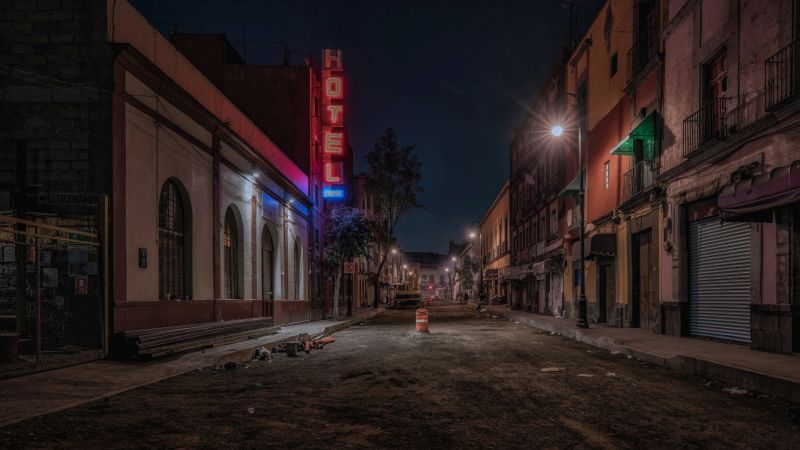 Latin Noir (2020) by Andreas Apostolidis, a filmmaker and one of Greece’s leading crime writers, maps a literary genre that emerged in Latin America in the 1970s and 1980s. These were the years when inequality was growing in Spanish-speaking countries: crime was not only increasing, it was becoming a way of life. This genre emerges with its specificities that differ from the crime stories written in Europe and North America. Set up as a police investigation, in 56 minutes, Latin Noir provides an overview of the dark decades of dictatorships on this continent and the dark side of its societies under the yoke of tyrannical power. The rhythm of a narrative in five journeys, the mix of archival images and film footage, and intriguing music blur the boundaries between fiction and reality in this documentary. The subtle editing is woven with meetings with famous authors from Leonardo Padura (Cuba) to Luis Sepúlveda (Chile) -who died in 2020-, from Paco Ignacio Taibo II (Mexico) to Santiago Roncagliolo (Peru) and Claudia Piñeiro (Argentina) embodying this revolution of a genre conceived as the mirror of society. The “noir” novel is described as an ideal space of expression by these five novelists. The crime novels reflect the links between power, violence and terror. These new narratives have become undeniably useful levers for writers to reveal through their characters, judges and witnesses, arousing terror and pity, denouncing the roots of a corrupt system and illuminating both the past and the present. This documentary is in itself an addictive novel!