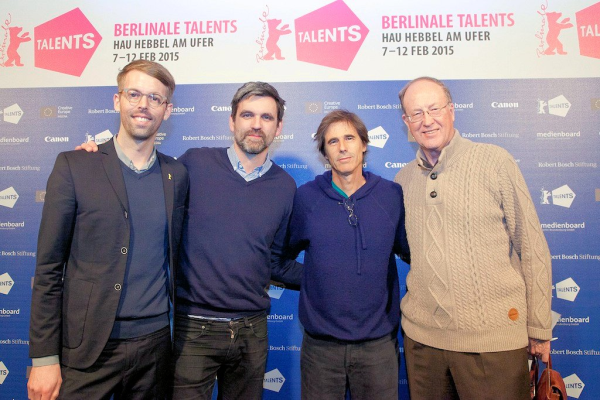 “The first road movies are documentaries like “Nanook of the North”,” said Brazilian director Walter Salles during the Berlinale Talents masterclass “Road, Movie: Films in Motion”. This genre, which sends its characters searching for meaning within a landscape, has existed since the early days of cinema as an offshoot of documentaries and as a response to national crises. Jean-Luc Godard, he reminded the audience, said that “good documentaries drift toward fiction”. He also stated that the character, Philip Winter in Wim Wenders’ road movies, reflects the identity conflicts in postwar Germany as much as the deranged soldiers in ‘boat movie’ “Apocalypse Now” mirror the state of American society during the Vietnam War.

Salles was joined onstage at the Theater Hebbel am Ufer by moderator and renowned film critic Peter Cowie and German director Sebastian Schipper. They spoke about the significance and the production of road movies, including Schipper’s latest film, “Victoria” (Germany). Although not part of the genre in the traditional sense — since the journey all takes place within Berlin — this film, made in a single 140 minute long take, much praised by Cowie, is an odyssey nevertheless. The music, said the British film critic, plays an integral role in the film. Schipper added that scores and soundtracks take the audience into the inner worlds of the characters. For that reason, he asked composer Nils Frahm to “create silence” for “Victoria”. Salles, on the other hand, claimed to show only the scripts of his projects to composer Gustavo Santaolalla, not the finished films.

Space, the Berlinale Talents 2015 theme, was also part of the discussion, with Salles reflecting on one of his favorite aspects of Chinese director Jia Zhang-ke’s works: his sense of geography. In honor of Jia’s “The World”, shot in a theme park with smaller replicas of landmark buildings from all over the world, Salles interviewed him there for his documentary “Jia Zhang-Ke, A Guy From Fenyang” (Jia Zhang-Ke, Um Homem De Fenyang, Brazil). The place, said Salles, is “an implosion of time and space”, much like the imagination of the men behind cinematic odysseys, whose characters transcend their contexts to find the boundless confines of their souls.
Alonso Díaz de la Vega 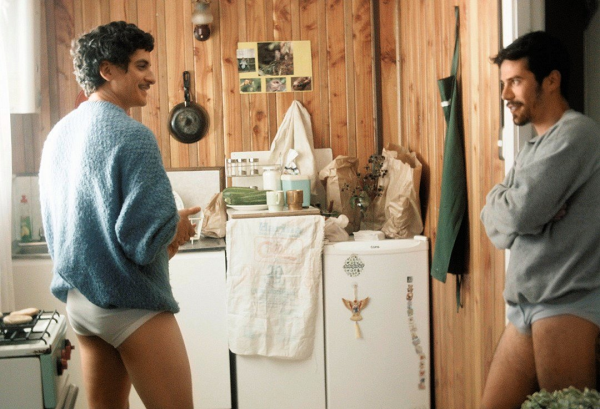 Omar Zúñiga Hidalgo’s Berlinale Shorts entry “San Cristóbal” (Chile) has a concise decoupage, showing a competence that’s more than welcome in short narrative film. Hidalgo’s directing is firm and consistent: there is no hesitance in what is shown. The camera in “San Cristóbal”, rather than observing from a distance, immerses itself in the scene. That approach favors the actors’ delicate performances. Antonio Altamirano and Samuel González, who play Lucas and Antonio, two guys who meet, fall in love, and have to face the threat of homophobia, are believable enough to elicit the audience’s sympathy to a general dilemma faced by gay men and lesbians. Yet I would rather see a film exploring the characters’ complexity apart from that aspect.

SAN CRISTÓBAL illustrates the idea of oppression based on sexual orientation, but does not extend the characters’ lives to other dimensions. Lucas and Antonio seem to exist only to prove a predetermined point: As gay men, their right to love is not guaranteed. Though it’s important to acknowledge the issues involved, the film presents Lucas and Antonio as types rather than people. We don’t get a sense of their individual souls. “San Cristóbal” works only with opposite notions such as the city guy vs. the village guy, or the one who has freedom vs. the one locked in. Even the scenes of intimacy work only as a contrast to the violence about to happen. If the homosexuality issue were removed from the story, the characters would simply disappear.

An alternative example of how to both deal with the “gay dilemma” and expand the characters’ motivations beyond it is “Blood Below the Skin” (US), another film from the Berlinale Shorts section. Through creative editing that mixes events in a bizarre form that doesn’t rely on cause and effect, Jennifer Reeder’s short does not provide the audience with easy explanations. The gay question is there, as well as aspects of growing up, friendship, parents, and beauty—an approach that completes the cinematic experience.
Heitor Augusto

Peter Zeitlinger: Dancing with the Camera
By Michael Guarneri 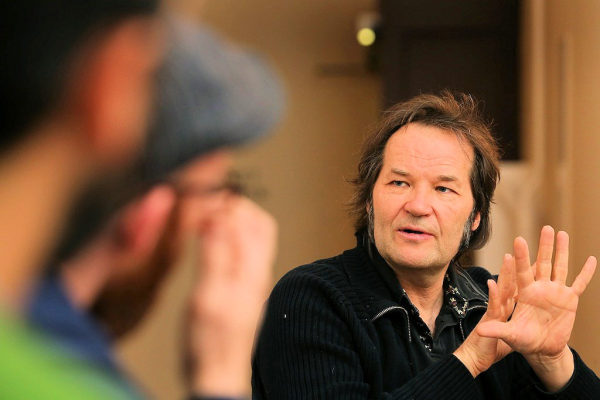 Cinematographer Peter Zeitlinger has been working with Werner Herzog since the 1995 TV documentary “Gesualdo: Death For Five Voices” (Tod für fünf Stimmen, Germany). “There actually is a clause in Werner’s contract saying that whoever wants him as a director has to hire me as well,” Zeitlinger stated during an informal chat we had in the lobby of his hotel, a couple of days before his “Measuring the Space”” masterclass for the Berlinale Talents program.

When asked to describe his work to someone who is not “in the business,” Zeitlinger simply said that, as a cinematographer, he helps film directors to turn the stories and ideas in their minds into something that can be seen on screen by other people. As an illustrative example, he picked his working partnership with Herzog: “Werner thinks in terms of emotions rather than images, so what he does is setting the mood of the film, telling every single actor and crew member what moves him about the story to be filmed. Then, he brings together human beings, animals and things into a space of his choice, trying to provoke randomness. For instance, when we are shooting, Werner never tells me ‘do a close-up, do a long shot’, and so on. He just gives me the freedom to navigate through the scenery he created and capture what I think is important.”

Herzog trusts his cinematographer’s instinct so much that he leaves to Zeitlinger 90 percent of the decisions concerning framing and camera movement: “Werner intervenes only when he gets the feeling that I am doing something too ‘artistic’. If he sees too much sophistication in the shot he destroys it a little bit, because he finds aesthetics so boring.”

Surprisingly enough, the discussion about filmmaking ended with insights relating cinema to a completely different form of expression. “The camera is my dance partner: as I move around the set I hold it in my arms, taking little steps left and right, forward and backward, while the actors perform their own choreography at the same time. My hope is that through all this movement, the audience ends up being moved too.”
Michael Guarneri

Another Type of Arab Uprising
By Oris Aigbokhaevbolo 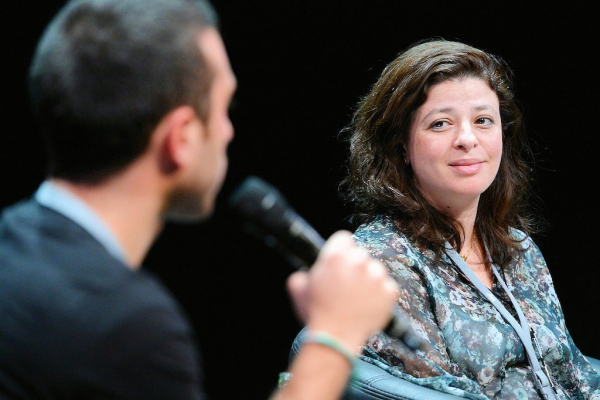 Over the past few years, sounds from Middle Eastern countries have been those of violent protestations. Against government, against injustice and for freedom, those sounds have both enriched Arab filmmakers as well as eclipsed their efforts.

For distributors working in the region and in art-house fare, the problem is two-fold: establishing a space for alternative cinema as well as drawing audiences to see these films. Addressing these issues was the panel “Crossroads to Culture: Cinema(s) in the Arab World”, with speakers Hania Mroué and Irit Neidhardt, distributors from the region; and Youssef El Shazli, who runs an art-house cinema.

“The idea was to create a platform for these films,” said El Shazli. “We’ve tried to create commercial value for these films.” His cinema makes use of a space abutting the emergency exit of an existing blockbuster cinema. Local attention has had to be directed from popular films to these less attractive films made occasionally by local directors. To that end, partnerships between Egyptian blogs, radio and television have been erected. “They show our stuff, we show their stuff.”

Art-house cinemas rarely draw audiences as much as mainstream ones. Thus festivals remain a surer route to reaching an audience. And cultural specific films can be a hard sell on the European festival circuit. “I don’t believe film is an international language,” said Mroué.