Everyone knows the lion of the Metro-Goldwyn-Meyer and its tremendous roars, but only the most inveterate movie buffs know to recognise the more discrete and silent tiger of the Rotterdam festival, which for decades has accompanied examples of the world’s most radical and risky cinema. Year after year, its official selection gives a perspective of different and particularly valuable ways of conceiving cinema. The tiger on a black background, with the words “Tiger Competition” is always a preamble to a work of quality, substantially atypical and singularly kept away from commercial cinema. 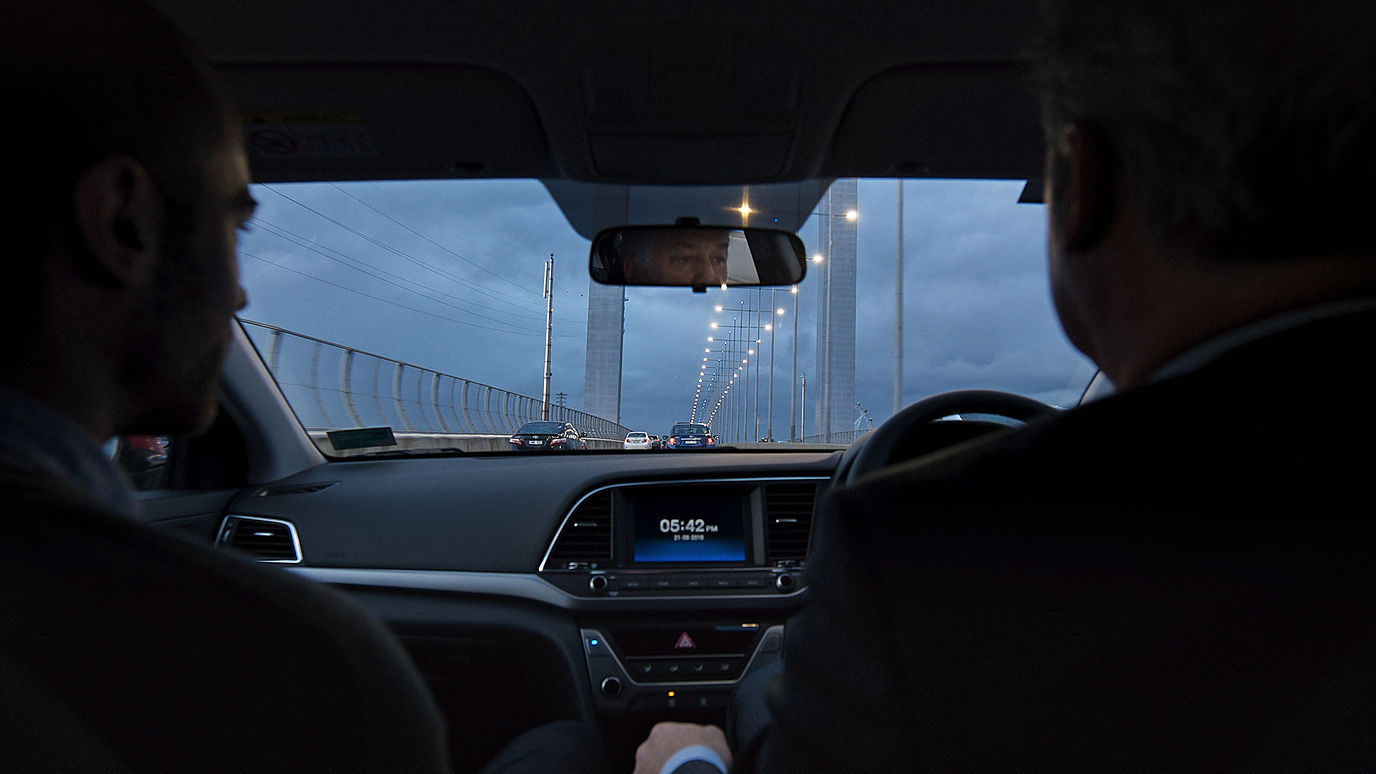 Unfortunately altered by the pandemic, this online edition brought however an extremely solid and varied official selection. But let’s focus on a title that was my absolute favourite in the Tiger Competition. Probably the most original and impressive film of this edition was Australian movie The Plains, directed by David Easteal. Its “story” takes place almost entirely inside a car, with the camera fixed on the back seat and pointed towards the windshield, the driver and his passenger, and towards the path that is being drawn ahead. For several days, the protagonist is followed on his way from work to his house either alone or with a coworker; we attend his daily talks – sometimes on his cell phone, with his wife or whoever – and gradually we assimilate details of his life. The atmosphere is totally immersive and pleasant, almost like a real car trip, and – this is very true – the three hour runtime flies by.

The protagonist is one of those people who like to talk nonstop but avoid trivialities. The kind of curious person who asks bold questions but at the same time apologises for it, a self-confident subject, but a humble and pleasant person at the same time. In this sense, we can listen to him without getting irritated, and pay attention to various universal topics that sound always interesting. But the most interesting things are those that are not said: the main character is already finishing his working years and about to head into retirement, but it’s clear that he has spent most of his life absorbed by work and the comfort of technology, without giving much time to his mother, whom he seems to really care for. As if he were performing psychoanalysis on himself, the character asks questions which he doesn’t know the answers to, which leave him thoughtful and with his eyes fixed on the road.

On a cinematographic level, the setting is brilliant: the sense of realism is absolute and the sound work reproduces an atmosphere of muted external sounds faithfully, as if the viewer were traveling inside a cabin or an alienating bubble. The story itself refers to a life that vanishes, to an existence drugged by technology, to miserable lives co-opted by working hours, to feverishly consumed free time, without real contact with the people who really matter. The best existential cinema leads the viewers to question themselves, and The Plains absolutely falls into this category.