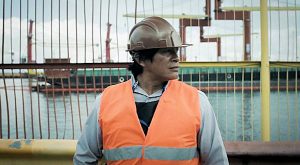 Lili Hinstin, Locarno’s new artistic director, dedicated her first edition to the memory of Freddy Buache, a “tireless defender of cinema, visionary and combative” and has also given space to many films with interesting female characters and a pleasant dose of “French touch” (over half of the 17 films in competition are co-produced or produced by France). Read the reports of our jury members.

The Fever, Motivation of the jury: “An unassuming, evocative movie that beckons the viewer into the inner world of a poor security guard and his struggle against an encroaching and suffocating modernity. In her feature debut Maya Da-Rin crafts a movie where deep-seated conflicts teem with longing and tenderness, a tale as mysterious as it is rewarding.”