So different and so similar are the two magnificent protagonists of the first and tenth films in competition. One lives in South America and the other in North America, one is Indian and the other black, one works in the port city of Manaus, the other lives on the streets of San Francisco; yet they both have a desperate urgency that bind them together: taking back their origins. For Justino, it is the dream of living in the Amazon rainforest. For Jimmie, it is regaining the beautiful Victorian house in San Francisco that was built by his grandfather

Sometimes at the festivals, common themes emerge and as a result, they weave an imaginary red line. What connects Justino and Jimmie is a sort of identity-nostalgia (the Amazon forests for the Indian of The Fever and the house built by his grandfather for The Last Black Man in San Francisco), an enveloping and reassuring nostalgia to contrast with a world that has alienated them.

The two films are surprising debuts, directed by the Brazilian Maya Da-Rin and the American (five-generation San Franciscan) Joe Talbot.

A mysterious fever takes over his body, inexplicably weakening it and making him tired. Even his daughter, a nurse who is about to go to university to study medicine, cannot explain the reason. The film draws you hypnotically into the protagonist’s dreams. He is a gentle and faithful worker (for colleagues at the port, however, it remains “the Indio”), but the nostalgia of the world of his origins is disappearing, and he has to accept the choices of his daughter, who wants to live her own life.

Everything is told without ostentation, in well-defined spaces and with a powerful contrast between them: the modest, tiny house on the outskirts of Manaus where he lives, the huge naval port with containers full of goods that move around the world, the Amazon forest of his dreams.

The great performance by of Regis Myrupu, the photography of Barbara Alvarez and the engaging sound of Felippe Schultz Mussel contribute to making The Fever a delicate but powerful reflection on industrial civilization and on lost values, the importance of the community and of their origins. 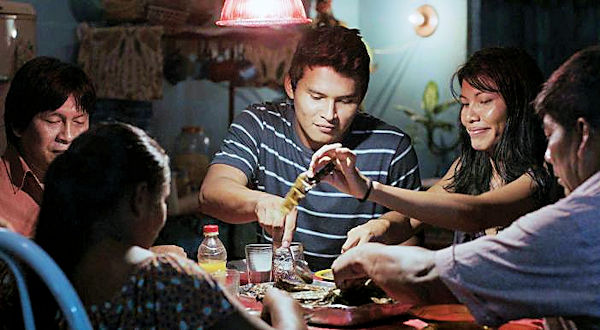 Then, in the middle of the Locarno race, Joe Talbot’s The Last Black Man in San Francisco arrives from the United States. Jimmie Fails (the character has the same name as the actor/co-screenwriter who plays him) dreams of recovering Filmore’s home, where he grew up – the first house inhabited by a black family in a neighborhood of white people. Jimmie is fan of skateboarding, he lives on the street, and he goes to squatters, preachers and people who live on the edge. His best friend is Mont, playwright and artist (played by Jonathan Majors) who shares his romantic and boundless nostalgia.

“If you don’t feel the friendship in this movie, there’s no story there, you kind of lose everything” – says Majors. Jimmie Fails is in real life is a longtime friend of Talbot’s –  together they conceived the film, sharing the same love for their city, San Francisco, of which we see beautiful and unusual glimpses in the film. Brad Pitt is also among the producers who believed in the project.

Lili Hinstin, Locarno’s new artistic director, dedicated her first edition to the memory of Freddy Buache, a “tireless defender of cinema, visionary and combative” and has also given space to many films with interesting female characters and a pleasant dose of “French touch” (over half of the 17 films in competition are co-produced or produced by France).